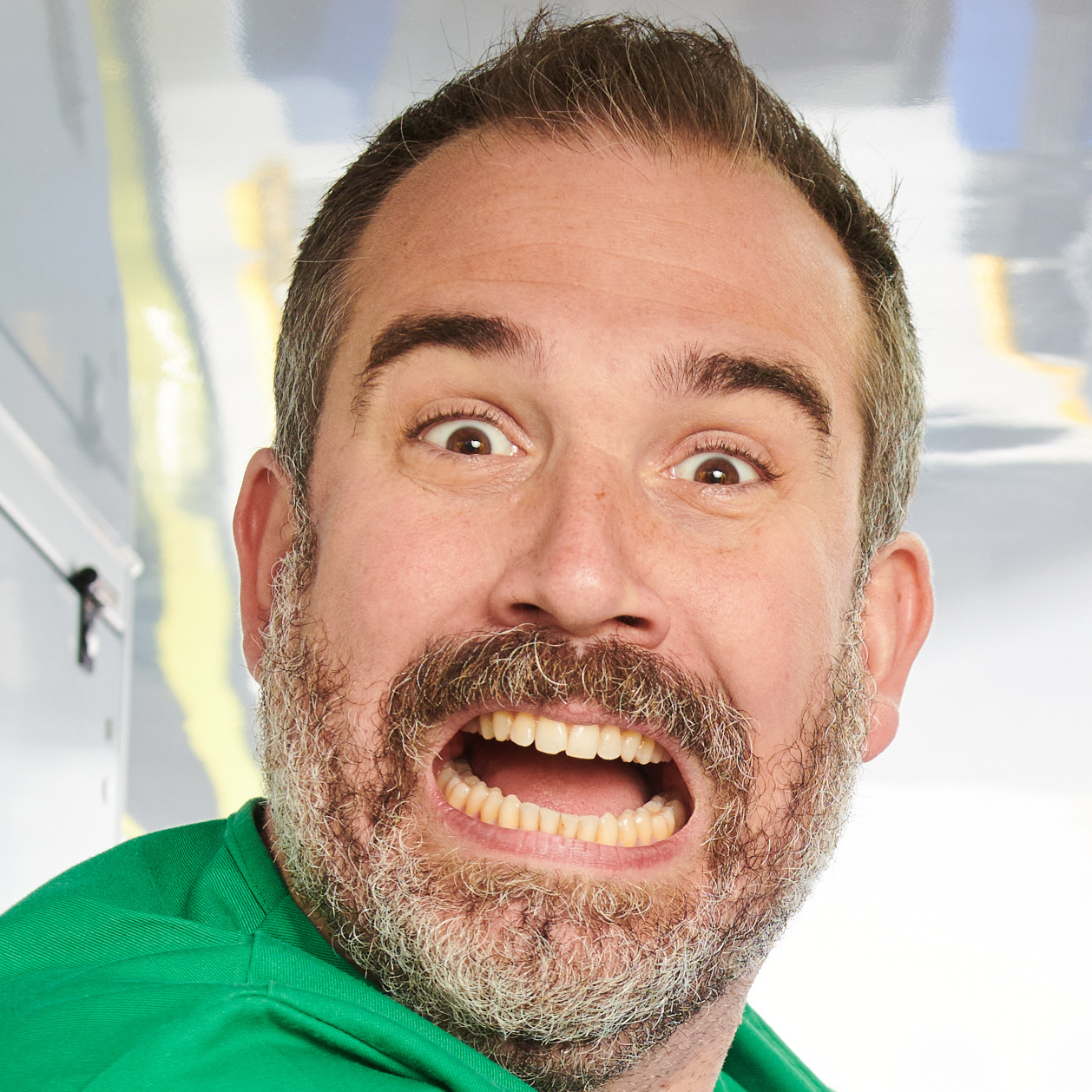 Dr Xand’s main interests and expertise lie in Public Health, Medicine, Humanitarian Aid and Anthropology and is one of the UK’s leading science presenters having worked on many flagship Health & Science programmes.

Alongside his twin brother Chris and Dr Ronx, Xand presents CBBC’s Operation Ouch! The series has been a huge global success. It’s full of weird and wacky experiments and stories of kids in hospitals with sensitivity, and graphic detail. This year sees it mark its tenth series. Previous series having won many nominations and two children’s BAFTA awards plus a Broadcast Award for Best Children’s programme. Their Operation Ouch tours of Australia in January 2018 and 2020 were massive hits, selling out all venues including the Sydney Opera House. The Operation Ouch UK residency at The Apollo Theatre in London’s West End was a hit with young fans and got rave reviews from adults too.

When not getting messy on Operation Ouch, Xand keeps busy with his other tv presenting work. During  2020, Xand hosted live daytime shows Morning Live and Healthcheck UK Live on BBC One, as well as exploring the very personal side of COVID-19 alongside Chris, in the BBC One documentary Surviving the Virus: My Brother & Me.  He also hosted the quick turnaround documentaries Coronavirus: How to Isolate Yourself, When Will Lockdown End? and How to Avoid a Second Wave for Channel 4.

Xand’s solo projects included an adventure series, Expedition Volcano, for BBC2 and a BBC1 current affairs film, Fighting For Air,  about the horrific levels of pollution in British cities,  and how it affects us and our children.

This year Chris and Xand launched their first podcast, A Thorough Examination with Drs Chris and Xand. The series sees Chris send Xand on a journey to explore his relationship with ultra-processed food. Xand meets the world’s leading experts on food, weight, taste and addiction whilst going on a UPF binge in a bid to see if he can learn to hate it.

In the US, Xand has been a health reporter for CNN. He was at the forefront of the Ebola crisis, appearing on US networks including Al Jazeera, MSNBC, FOX5 and BBC world service.

As a junior doctor he worked in the genocide in Darfur and this inspired a passion for the politics and medicine of conflict zones.  Xand is also currently a lecturer at the London School of Hygiene and Tropical Medicine.