Research Officer in Media and Communications 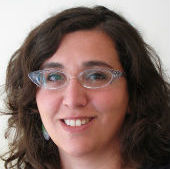 Dr Alicia Blum-Ross is a Research Officer in Media and Communications at the London School of Economics and Political Science (LSE). Her current project, Parenting for a Digital Future, examines the diverse ways that parents approach the task of raising their children in a digital age. She has previously researched media production by ‘at risk’ youth, and also works as a consultant producing, evaluating and advising on the development of education and engagement projects for children, youth and families. This has included working with the British Film Institute, London Film Festival, Into Film and BAFTA. Alicia earned her D.Phil and M.Phil in Social Anthropology from the University of Oxford.

Alicia blogs about parenting and digital media at parenting.digital.

There has been a growing focus on creating safe spaces online for children to access and engage with appropriate content, however internet safety still remains a prevalent concern especially as an increasing number of under 13s use social media and platforms such as YouTube to both view and create content.…