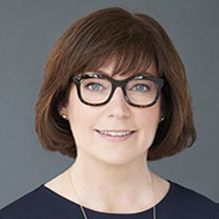 Prior to NBCU, Ms. Brennan was VP, Content at Corus Entertainment, where she oversaw all aspects of the kids’ portfolio in Canada, including a suite of seven broadcast channels. At ABC TV, prior to Corus, Ms. Brennan was Head of Children’s Television, leading programming, acquisition and commissioning for Australia’s most successful children’s services.

As Director of Content/General Manager for BBC Worldwide Australia 2010-2013, she managed BBC’s branded services and content development across drama, entertainment and factual, as well as regional IP management and audience strategy, including the launch of BBC First. Ms. Brennan also previously worked as Director of Programming, Nickelodeon Australia. Ms. Brennan is a Member of the International Academy of Television, Arts and Sciences and BAFTA North America.

Put Your Money Where Your Mouth Is is the only pitch competition with real-world outcomes. Dragons enter the “den” with a fund to buy options in the projects they decide to support, and deals on short development windows are done on the spot.  The pitchers get great feedback and the…