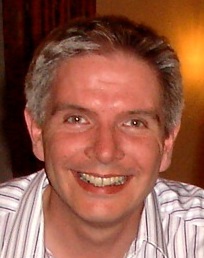 David wanted to be a rockstar but settled for the next best thing – developing Children’s TV shows.  Having cut his production teeth on seminal series such as The Big Breakfast, The Word and, ahem,  Surf Potatoes, he accidently found himself working in Kids’ TV with long forgotten acts like Ant & Dec (where are they now?).  He was then asked the immortal question “fancy doing a bit of development?”  and 16 years (ouch!) later he’s still doing it.  Having headed up Kids Development for Zenith Entertainment and Initial/Endemol, he’s now doing the same for The Foundation/Zodiak Kids.  Some of the show’s he’s helped onto screen over the years are SMTV, The Ghost Hunter, Emu, The Smokehouse, Ultimate Sports Day, Let’s Play, Tickety Toc and the popular Arabic gameshow Borj Al Jaras.