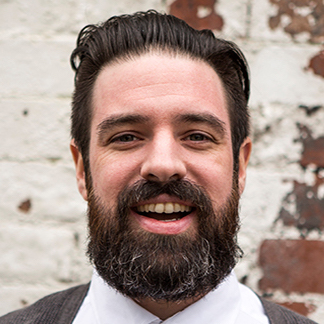 Dan is the Exec Creative Director of Interactive at Aardman Animations. What this actually means is he gets to spend lots of time doing fun things like making games, forming playful communities, and messing around in the murky bits between storytelling and interactivity.
He has been instrumental in the conception and delivery of BAFTA winning interactive projects such as the Tate Movie Project and World of Invention, and lead or supported many others, including the (twice) BAFTA nominated debut console game, ’11-11 Memories Retold’.
Previously he founded a number of companies doing stuff like, promoting the UK’s sexiest digital genius’, projecting on the side of buildings, connecting talented companies with talented freelancers, coding weird and wonderful contraptions, and selling dog food online (the dog food one didn’t last long).
He’s particularly interested in creative programming and the future of human/computer interaction and its effect on society. He likes philosophy, and if he wasn’t so busy would love to work out the meaning of life.