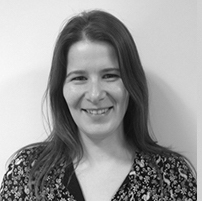 Christina is a BAFTA-nominated Digital Producer specialising in children’s content. She manages the digital production of ‘Peppa Pig’ and ‘PJ Masks’ websites and apps at Entertainment One based in London. Her career started in television production in 1999 before moving into digital media at the BBC in 2002. She has been involved in many multiplatform productions including ‘Blue Peter’ and ‘Level Up’ at BBC Children’s, and has also worked in the publishing sector at Egmont Publishing.

The Ethics of VR – Inside a Child’s Virtual World

Is VR safe for kids? Explore the fundamentals of Virtual, Augmented and Mixed Reality for children and its safety and suitability for young people of all ages.