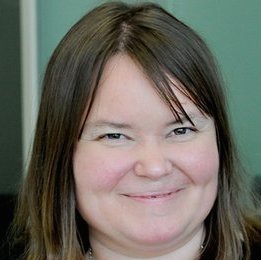 Cheryl Taylor was appointed Controller of CBBC in September 2012 and continues the grand tradition of commissioning inspiring experiences for all UK children aged 6-12.

Recent additions include ‘Hetty Feather’, interactive drama ‘Dixi’, ‘Our School’, ‘Art Ninja’, ‘My Name is Leo’, ‘Technobabble’ and ‘So Awkward’. Previously BBC’s Controller of Comedy she commissioned ‘Bad Education’, ‘Twenty Twelve’ and ‘Citizen Khan’ – amongst others. Before joining the BBC, Cheryl was Head of Comedy at Hat Trick and a Commissioner at Channel 4.

BBC Children’s new Director Alice Webb in her first major public announcement, four months into her appointment,  will present her vision for the department’s future strategy. Then, in a session moderated by Stewart Clarke, Editor of TBI magazine, learn about CBBC and CBeebies’ current successes, challenges and editorial needs from the two…