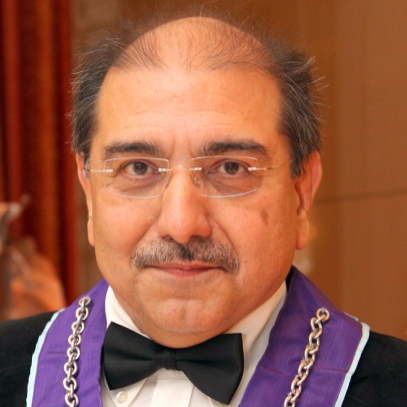 Biren Ghose is the Country Head in India for Technicolor, a US $5 billion global arts and sciences leader involved in technology and production services for the media & entertainment industry.

Biren has been at the helm in building up the India studio which is a primary hub for Technicolor’s leadership in Animation, Visual Effects and Gaming business. The studio has over 3000 artists and technicians.

In Animation, the Technicolor studio has been involved in the production of the most iconic properties, helping clients win 7 Emmy Awards in the past 8 years. The shows produced in India include: ‘The Penguins of Madagascar’, ‘Kung Fu Panda: Legends of Awesomeness’, ‘Teenage Mutant Ninja Turtles’, ‘Wallykazam!’ etc. for Nickelodeon; ‘The Adventures of Puss in Boots’, ‘All Hail King Julien’, ‘The Boss Baby: Back in Business’ etc. for Dream Works Animation and ‘Alvin and the Chipmunks’ for Technicolor Animation Productions. In Film and Advertising Visual Effects (VFX), the studio’s amazing team, MPC Bangalore, has worked on prestigious projects including Disney’s ‘The Jungle Book’ and Ang Lee’s ‘Life of Pi’, both of which have won the Academy Award for Best Visual Effects. The advertising team is equally sparkling, having won several awards including the Cannes Gold in 2014, 2015 and 2017. At present, there is a significant amount of work in progress in the digital production of VR & AR.

Biren is a reputed marketing and business strategist having worked across a wide vista of industries. He is an acknowledged industry leader in India serving to drive policy initiatives in government policy formulation, education and across industry platforms. His vision is to make visual communications & the arts an agent of change in community development.