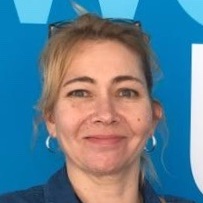 As Head of Certification, Anna works closely with key stakeholders in government and across the Screen Sectors to provide advice and guidance on the application processes for all of the cultural tests, co-production treaties and policies relating to all of the Creative Sector tax reliefs for film, High-end, Animation Television, Children’s Television and Video Games. Anna regularly speaks on panels at conferences and events to promote the tax reliefs such as the Children’s Media Conference, the Develop Games conference and many others. In addition Anna has organised BFI led seminars and events for the Animation, Video Games and Children’s Television sectors.

Anna is a trustee for the Video Games industry’s charity ‘Games Aid’. She is in the GI Biz 100 women in the UK Games Industry and she has recently become an ambassador for AutisticaPlay the video games arm of the charity Autistica. She is a member of the Production Guild of Great Britain and Women in Film and TV, and a Patron for the video games industry mental health charity Safe in our World.

Discover the implications of Brexit on animation producers, freelancers, service providers and partners outside the UK looking to work with British companies and talent.