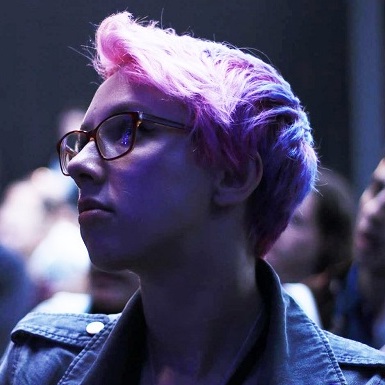 Anna Hollinrake is a game artist, illustrator and 2017 BAFTA Breakthrough Brit. She has worked in studio as a senior artist to define art styles on independent titles such as ‘Lola and the Giant’, and created concepts, UI and environments for much loved IPs such as ‘Adventure Time’ and ‘Magic: The Gathering’. Alongside her development work she has contributed to Develop and Imagine FX magazines, and has recently been featured in MCV as a Rising Star. She also speaks on the nature of creativity, the need for greater awareness of mental health, and the importance of strong worldbuilding in games.