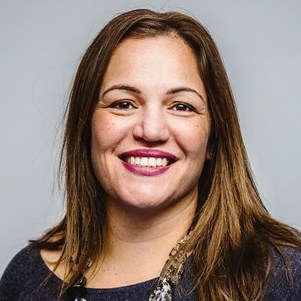 Andria Zafirakou, a teacher at Alperton Community School in Brent, won $1 million when she was awarded the best teacher prize in the world in 2018.

Andria was born in North-West London to Greek-Cypriot parents and state-educated in Brent and Camden. She is an art and textiles teacher in Brent on the outskirts of London, one of the world’s most ethnically diverse places. She is passionate about education and changing the lives of young people and underserved communities through creativity.

She has worked her entire teaching career of 15 years at Alperton Community School and was promoted to Deputy Head of Art within a year of her arrival. She is now Associate Deputy Headteacher leading on Coaching.

Using the money awarded by the Global Teacher prize, Andria founded a charity called Artists in Residence with the aim to improve arts education in schools.

Andria has also been named in the top ten of The Evening Standard’s 1000 Londoners List, a list of the most influential people in London. She is a Culture Leader for the World Economic Forum in Davos as well as a member of their Global Future Leaders Council.

Andria sits on the Advisory board for the Cultural Leaders Alliance and was the winner of the prestigious GIWA (Greek International Women’s award) for Arts and Culture in 2021.

Her best-selling book ‘Those who can, Teach’ was published by Bloomsbury in April 2021.

Best teacher in the world prizewinner, Andria Zafirakou, shares insights from the classroom on inspiring, empowering and enabling kids and reveals the greatest lessons she has learned while engaging with young people.