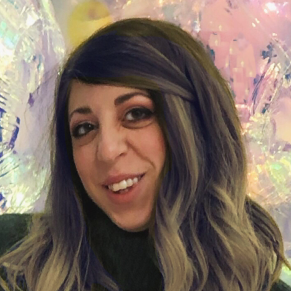 Amy Grossberg is a Series Producer at 9 Story New York, where she shapes creative throughout development and production, providing engaging and innovative content to preschoolers. With 14+ years across several media networks, Amy has launched and developed multiple innovative interactive products and experiences. Previously, Amy worked at Nickelodeon as Senior Director of Interactive, where she built from the ground up the first in-house interactive department. While overseeing a division of 40+ creatives, animators, & engineers, she led the team to invent and launch a new content type and product: “Play-Along Video” for Viacom’s subscription service, Noggin. Amy oversaw creative, production, and platform execution for 200+ interactive experiences including Blue’s Clues & You – which has been nominated for a Daytime Emmy® Award for Outstanding Interactive Media for a Daytime Program.