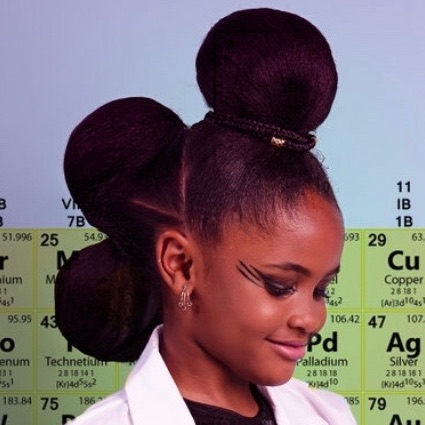 Amoy Antunet is an 9 year old neuroscientist from Atlanta, Georgia.  Her love for science began at the age of three with a fascination over a microscope belonging to her father. She had since then began making tutorial videos which began to be noticed by several prominent names including Dr. Sanjay Gupta- and Dr.Oz.

She has been featured in several media outlets around the world, including BBC News, “The View”,  “The Kelly Clarkson Show”, Girl Talk magazine, CNN “kids that rock”, The Michaela Pereira Show on HLN,  ABC News, NBC News, TVE in Spain and several others media outlets.  She was a featured speaker at the Roadmap Scholars Neural Conference where she spoke on Alzheimers, and was given the award for outstanding scientist.  She is currently the youngest person ever to present at a neural convention.   She is also the youngest ever to judge the Miss Black America pageant since Kim Fields. She recently won the award for “The Most Inspirational Girl of 2019” in Madrid, Spain.  Her current initiative includes inspiring people to act on their potential.  She was recently a featured speaker on TedX where she discussed the neuro-physiological process of learning.