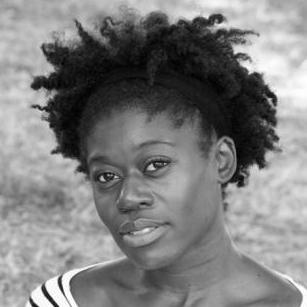 A highly skilled and passionate performer, Akiya Henry has had an impressive and varied career. She has worked in musical theatre and has acted in a number of TV dramas including ‘Silent Witness’, ‘Casualty’, ‘Little Britain’, ‘Doctors’ and ‘Captain Mack’, to name but a few. Film credits include ‘Rabbit Fever’, ‘The Best Man’, ‘Calcium Kid’ and ‘De Lovely’.

Aside from her film and television experience, she has performed extensively in theatre. Some of her many credits include ‘Perseverance Drive’ at Bush Theatre, ‘Cake and Congo’ at Theatre 503, ‘Much Ado About Nothing’ with the Royal Shakespeare Company New York, ‘Under the Black Flag’ at Shakespeare’s Globe, ‘Love’s Labour Lost’ directed by Trevor Nunn at the Royal National Theatre, and ‘Closer to Heaven’ for the Really Useful Group. She is about to be appear in ‘Deposit’ at the Hampstead Theatre

Akiya has provided voiceovers for a number of characters in various projects, including Tooth Fairy in Nickelodeon’s ‘Yo Gabba Gabba’, Mrs Skittle in Chorion’s ‘Noddy’, Woodpecker in Tiger Aspect’s ‘Tinga Tinga’, Amma in ‘Bing Bunny’ and Willi and Jolli in ‘Bottersnikes and Gumbles’.