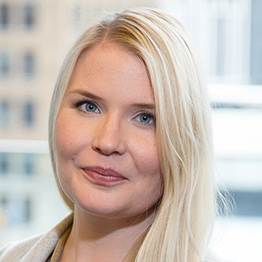 Lorna Withrington is a recognised leader in the creative development and acquisition of kids’ and family properties with franchise appeal in the global market. As a key member of WildBrain’s Content team, she helps drive the strategic vision behind the company’s diverse, multi-genre slate of original animation, collaborating closely with creators, writers, artists and other production stakeholders to instill creative excellence in WildBrain’s shows. Lorna possesses wide-ranging experience on international co-productions and in the creation of 2D, 3D and hybrid series. With a career spanning such properties as Paw Patrol, PJ Masks, Peppa Pig, Bob the Builder, Fireman Sam and Thomas & Friends. Lorna has worked for some of the biggest brands in children’s content and brings this knowledge to finding and creating the next generation of children’s hits. Prior to WildBrain, she held management roles in Development, Creative Affairs, Acquisitions and Production with Spin Master, eOne Entertainment and HIT Entertainment/Mattel. 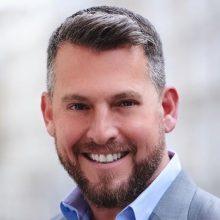 David Levine is a seasoned creative content strategist, building multiple billion dollar kids content franchises, launching and producing series across the globe, and is a recognised DEI leader. Through his company Lightboat Media, David provides advisory and consultant services to companies looking to grow in the global content landscape.

David most recently served as the Chief Content Officer for Moonbug Entertainment, leading its creative and production teams  to  produce  world-class  pre-school content. David led the expansion of its digital-first properties into premium platforms, serving as Executive Producer on CoComelon Lane and Little Baby Bum Music Time (Netflix),  Blippi’s Treehouse and Arpo Robot Babysitter (Amazon Kids+), as well as leading production on 25+ digital series, scores of albums, and expansion into over 25 languages.

David previously served over 16 years at Disney Channels in multiple programming and content strategy roles, including VP, Kids Programming, Disney Channels Europe and Africa/UK & Ireland, driving the development of the linear and multi-platform/OTT programming strategy. He was responsible for determining the direction of original production and overseeing the development and production slates of originally produced content, acquisitions, and co-productions. David also led the global content rollout of franchises such as High School Musical and Hannah Montana. Prior to Disney, David served in various legal and business affairs/development at Ragdoll (Teletubbies) and Marvel.

David has spearheaded diverse and LGBTQ+ inclusive representation in kids programming. He was named among the UK’s OUTstanding/FT Top 100 LGBT+ Executive for three years, and won the British LGBT Award for ‘Inspirational Leader.’ 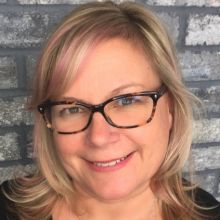 Tatiana started Bejuba! Entertainment almost 20 years ago to specialise in the executive production, financing and distribution of quality children’s and family entertainment across all platforms. A Canadian and German citizen, she set the company up in Canada. Today the company has over 700 half hours of programming with shows like Wishfart, The Curious World of Linda, Ruff-Ruff, Tweet and Dave, Origanimals, The Hive and Big Block SingSong. Bejuba! has been nominated
several times in the Kidscreen Hot 50 as one of the top distribution companies. With offices in North America and France, Bejuba! is a robust boutique company which cherry picks its shows for originality, story and relatability to kids. Many of the series are award winning.

At Bejuba! Tatiana Kober works with creators as an executive producer to develop, finance and sell their series. These programs are funded either through presales, and co- productions. Tatiana is often called upon to speak at conferences like Kidscreen Summit, CMC UK, Kingstoon Animation Summit, African American Summit, Animation Magazine Summit, AfroAnimation around the world. 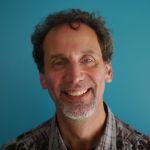 As SVP of Global Trends for strategy/research consultancy and digital studio Dubit, David is passionate about kids’ evolving possibilities for entertainment, engagement, play and learning, while recognising that child development remains constant.

David is advisory board chair to the international children’s TV festival PRIX JEUNESSE, and on the Children’s Media Association board and the Facebook Youth Advisory Board. 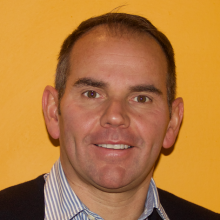 Adam has accrued over 30 years media, marketing and market research experience, 10 years of which was spent in senior operational roles.

Initially spending time in audience research for London Weekend Television, he then moved into creating content for broadcasters firstly working in the US and subsequently in the UK. In 2001 he championed an audience centric culture as Group Head of Research leading the insight function in support of Emap’s (now Bauer) broadcast properties. Following a period of time spent with Guardian Media Group, he went on to work in insight on many global and kids’ brands for BBC Worldwide.