Preparing to Pitch was a day-long event at Vision and Media HQ in Salford, on the 3rd March 2011.

Anthony Utley hosted and additionally offered one-to one expertise in the animation and international distribution markets. 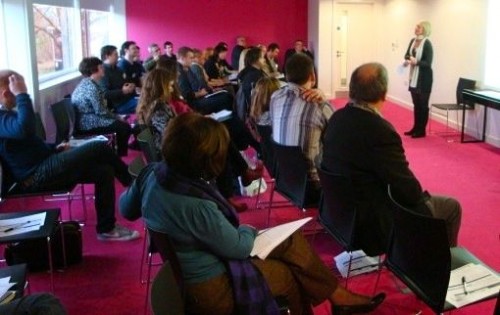 Preparing to Pitch was a workshop for producers and development producers, business managers and the directors of production companies considering entering the children’s market, and with international aspirations.

As fully-funded programmes become a distant memory, co-financing becomes ever more important in the kids sector.

This workshop was designed to prepare companies for the key markets in the children’s production economy – Annecy, Cartoon Forum, Kidscreen, Cinekid, Mip and Mipcom Jnr. And Transmedia markets such as Cinekid and Power to the Pixel.

Three speakers each took an area of children’s business – animation, live action, and interactive/cross-media, outlined the development process which should lead to each of the key markets and gave useful tips on pre, during and post-market activity. The focus was on reaching the required standard to pitch to buyers and commissioners in terms of the creative and business development of the proposal. 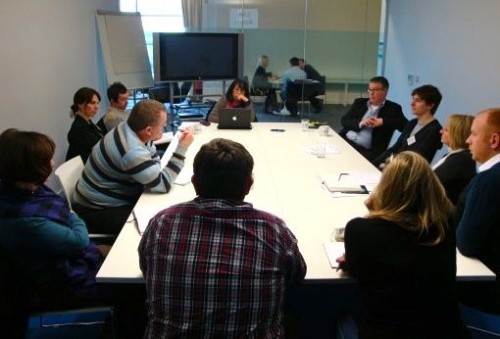 The other section of the workshop tackled the UK reticence to pitch. Roshi Behesht Nedjad is a world-class pitch trainer, having worked for the German Akademie fur Kindermedien for the last three years, and frequently undertaking training in development and pitching at workshops across Europe and the Middle East. Roshi outlined the key elements of a successful pitch, and then worked with all the delegates in more detail in three group sessions.

The training was designed to develop competencies in pitching not only in international market situations, but also to UK broadcasters such as the BBC. So the event acted as a follow-on to the BBC Commissioners event in January.
One to one meetings were also organised with all the participants.

This event was funded by Vision and Media, Screen Yorkshire and UK Trade and Investment.