Get In Shape For Kids

Get In Shape For Kids was a one-day workshop for freelancers and companies targeting the children’s market. This event was particularly suitable for writers, animators, and content producers. It took place at the Electric Works Sheffield.

The workshop helped prepare projects and profiles in time for initial meetings with potential partners and commissioning executives at the Children’s Media Conference (6-8 July, Sheffield) and at other markets.

The workshop focused on good development practice, including:
· How should companies budget and plan for developing IP?
· What is the writer’s role in development?
· At what point to involve the broadcaster – particularly BBC Children’s in Salford?

There was also guidance on getting the best out of The Children’s Media Conference and other markets in the children’s sector:
· At what stage should a project be pitched and in what form?
· Partners – which are appropriate, how to approach them, how to ensure a good deal?
· At what stage and how best to approach commissioning figures. What to discuss and show?
· Choosing sessions and workshops at the conference to best advantage.

During the afternoon participants worked on their own projects in small groups, with all the experts acting as advisors and mentors. 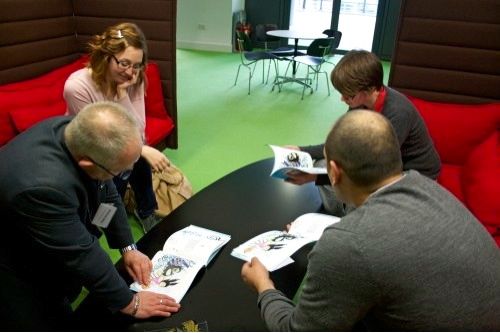 Yorkshire-based participants attending the workshop were eligible to apply for one of the eight complimentary passes for The Children’s Media Conference to be funded by Screen Yorkshire.

Back to Previous Events