In association with the British Animation Awards, which took place on the evening of the same day, and with the support of UKTI, CMC organised a major London event on March 15th 2012, on the future of animation in the UK – just before the now momentous budg

et announcement of tax incentives for animators. The event, which attracted around 90 delegates, explored how kids are using new platforms to access content, and discussed ways of distributing digitally, partnering successfully to build games around animation, and there were views on rights negotiation in the new landscape. 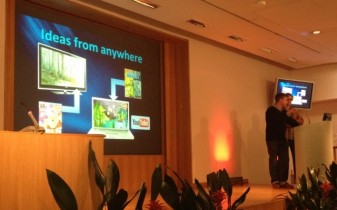 A report on one of the sessions is available in the CMC Blog. This event took place on 15 March 2012 at 1 Victoria Street Conference Centre, London SW1