One Minute to Save the World 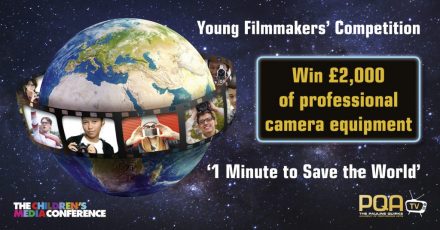 This year, PQATV and CMC challenged young people to make a short on the theme One Minute to Save the World. They asked for a film that’s authentic to them, about something they believe in, and to make us think. The competition was open to young filmmakers under 19 across the world.

On 31st August 2019 the screening and awards event for the inaugural competition were held. The overall winner and runner up films were voted for by over 300 industry delegates who attended this years CMC. Also in attendance were two of this years BAFTA Changemakers Noga Levy-Rapoport and Brandon Relph who handed out the Changemaker Jury award which was extra special as this was an an award for a young person voted for by their peers.

See the winner and watch all the shortlisted films here.