John McVay, OBE, was absent and sent a statement on behalf of Pact.

Host Faraz Osman began today’s session by discussing what comes next for children’s media after the cessation of the Young Audiences Content Fund (YACF). What has the industry learned from the fund and how do we build on its success?

Jon Gisby recommended that producers grieve the loss of the fund and move on. He asserted that the market won’t provide the breadth and depth needed for high-quality children’s content; the public money is gone and the fund can’t be recreated. The next step for creators is to ask where the money is and what content they can produce within those parameters. For example, industries such as museums and sports have a kids’ audience and need to engage with them. Look at partnering. Creators need to  adapt and use new models to go where the kids are – on social media. There, creators can build their audience and create energy around their project, then bring to commissioners. A built-in audience helps minimise the risk for the commissioner.

Oli Hyatt then presented a bold funding proposal on behalf of Animation UK:

John McVay‘s statement on behalf of PACT revealed that they are engaged in a major study of how future funding might be structured in a way that is economically attractive to the Treasury. He highlighted tax credits as a fundamental part of a new  funding structure.

Alison Stewart noted that tax credits take a long time to set up and she is concerned about the impact on smaller, live-action content. This content has less of an international market to help secure funding but it is a vital way for children to hear their voices, see their stories and make sense of the world. Caroline Roberts-Cherry has used tax credits, but without additional funding the money would not have stacked up to make the project viable. Paul Naha-Biswas agreed that increased tax credits help in the short term, but the rich content that reflects the uniqueness of the UK could become a casualty if a combination of funding is not lobbied for.

The session concluded with a Q&A:

Paul sees a levy as possible but it can’t be seen as an industrial policy to protect the sector, it needs to be presented as providing value to the stakeholder.

Would geo-blocking be a solution? Oli noted that creators can’t be paid for only the UK and then have their content streamed to the world.

Alison is optimistic that it will survive, because kids want to see themselves on screen. Caroline advised that survival in the creative industries requires the hyde of a rhino and Pollyanna’s attitude! 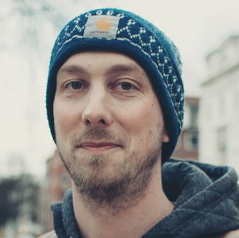