Rachel Murrell is Exec Producing the Write Stuff strand of content for CMC 2022 . Here she outlines the creative interviews at the heart of the strand.

They say that inside every kids’ writer is a hit show dying to get out. But where do you get your ideas? How do you shape them into a pitch that convinces other people to invest? And how do you hold onto the core concept during development?

We got in touch with four brilliant writer/creators and asked them to tell us. And you.

We invited Holly Phillips, writer/ creator of teen show ‘Get Even’, to give CMC’s Creative Masterclass. She’ll be talking with fellow writer Dan Braham about how she adapted the ‘Don’t Get Mad’ books by Gretchen McNeil into an award-winning revenge thriller for CBBC and Netflix. She’ll also reveal how Season 2 was brought to a screeching halt by the pandemic, but some canny re-development saw it transformed, phoenix-like, into ‘Rebel Cheer Squad’ with a new cast, a new title, and a new lease of life.

We’ve continued the theme in three interviews on video… 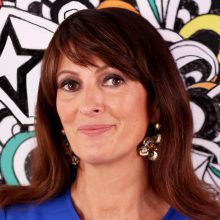 In the first, award-winning author and illustrator Liz Pichon talks about the meteoric rise of her irrepressible optimist, 11-year-old Tom Gates, from his first outing in book form in 2011, to the hit Sky Kids show ‘The Brilliant World of Tom Gates’ that launched last year. Liz talks about adapting the books for TV using 2D, stop-motion animation and live action and how she ensured that Tom’s unique voice, his joie de vivre, his crazy doodling and his dyslexia made the transition from page to screen. In this video, Liz is in conversation with fellow writer-editor-entrepreneur Jasmine Richards, founder of Storymix. 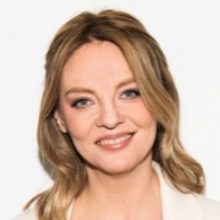 In the second, Ukrainian writer/producer Olga Cherepanova talks with scriptwriter and friend Angela Salt about developing her preschool show ‘Brave Bunnies’ into Ukraine’s first global kids’ brand. A psychologist by training, and a writer by choice, Olga knew all about using story to encourage kids to make friends with other children who don’t look like them. She went to all the right markets and talked to all the right people, and put together an international team of animators and writers to make a great show. And when COVID hit, Olga kept her isolated and far-flung international team together with constant communication and a funny, friendly, and heart-warming in-house magazine called ‘The Quarantine Times’.  Season 2 is now underway. 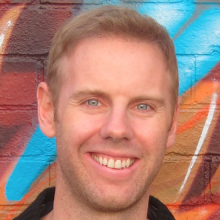 n the third video, Tim Bain chats with writer Dilpreet Kaur Walia about how he created ‘Kangaroo Beach’, the upper preschool show set on the beaches of his native Australia. Originally pitched as ‘Baywatch for kids’, ‘Kangaroo Beach’ is fast, funny, and still manages to incorporate important water safety messages in every episode. Tim’s interview is full of useful tips on the value of research, hiring a script editor, and when to spend money on character design — and when not to. He also talks about pitching: what works, what doesn’t, and the correct use of Gold Hammer Pants.

U can’t touch this! Or not till July 5th, anyway, when the videos go live on the CMC website.

Rachel is a writer/ creator who has been head writer, script editor and development consultant on animated series in the UK, France, Spain, Benelux, Norway and China. She is currently developing a feature film and a live action YA drama series. Read more