What has the CMC Ever Done for me? The Earth Moved.

So, it’s around midnight here in Los Angeles. My expat self and darling wife – who is also my screenwriting partner – have stayed up late to take part in the CMC China Connect video meetings with companies in the Middle Kingdom.

Five minutes into our first meeting, our building starts to shake. Mr. Wang, peering at us through the video link, might think the juddering is just a technical glitch, but the open-mouthed horror on my wife’s face kind of gives it away. Fortunately, the walls stop their twerking after a few moments, since the quake’s only a 3.7 on the Richter scale – but the epicentre was just three miles down the road, so it felt bigger.

Afterwards my wife an 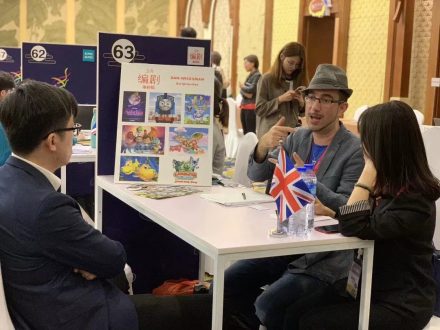 d I review: “Oh yes, Mr. Wang, we always respect tight deadlines, and we can write very well under pressure, and never get stressed because- Wha-? What the-? QUAAAAAAAKE! WAAAAAAAAAGH!”

The reason we are doing these video meetings is that the CMC has cleverly stepped in to organise an alternative to actually going to China this crisis year, with the CMC China Connect set-up funded by the UK Department for International Trade. The past three years, I’ve been with CMC to the mega animation conference in Hangzhou (which would have been an intimidating prospect without the fabulous CMC/DIT group).

My first time, in 2017, is also my first occasion setting foot in Asia, let alone the Middle Kingdom, and I pick up a juicy client whom we’re still writing for three years later. China suddenly becomes a big part of my business, and my life, as I try to learn how to speak Mandarin and how to avoid tumbling head-first into the cultural gap…

After the first Hangzhou conference, influenced by the heavy-tipping culture of LA and grateful for the work of my interpreter, I try to give this young student a tip. He looks like I’ve just peed on his shoes; like he is about to cry. Oops! China doesn’t tip – it’s an affront to someone’s honour to imply they don’t earn a decent salary already. 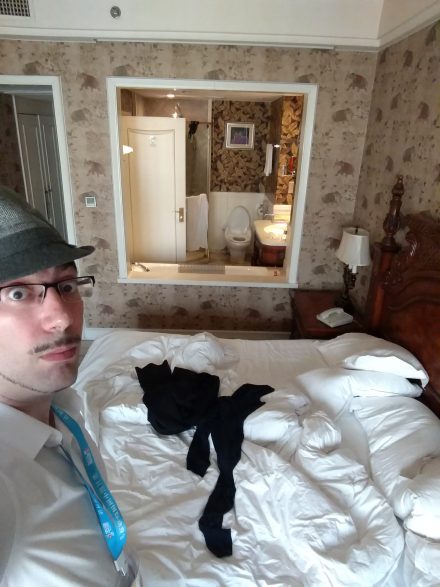 Even more interesting are the ‘open plan’ bathrooms in the Hangzhou hotel rooms. Wonderful for those who suffer from bathroom claustrophobia (who doesn’t?), but not quite consistent with Western notions of privacy around bodily functions.

These are colourful sights along the journey that leads to fruitful business relationships, and I’m so grateful to The Children’s Media Conference for bringing me on the Chinese adventure where I’ve met delightful and enduring clients, and friends.

Now, how do you say in Chinese “We offer earth-shaking international collaborations!”?

Dan Wicksman, together with his wife Nuria, is a scriptwriter and story editor. They’ve written for film and TV companies in more than 15 countries.

What has the CMC Ever Done for me?