What will Brexit mean for workforce, skills and employment?

The final session at the event focused on the human side of Brexit for employers: workforce, skills and employment issues. The panel included Victoria Burnip, partner at Doyle Clayton; Hari Prabu, policy and events officer at the Creative Industries Federation; and Jack Powell, senior policy analyst at the BFI. Blanca Grey, policy engagement lead at the Home Office joined the session nat short notice (so is not profiled). Journalist Kate Bulkley moderated.

The session began with some information on what European citizens already in the UK need to do in order to remain and work here, after Brexit, through the EU Settlement Scheme. As things stand, anyone who is living in the country before the UK leaves the EU can apply for pre-settled status if they have been here for less than five years, or settled status if they have been here for more than five years.  https://www.gov.uk/settled-status-eu-citizens-families 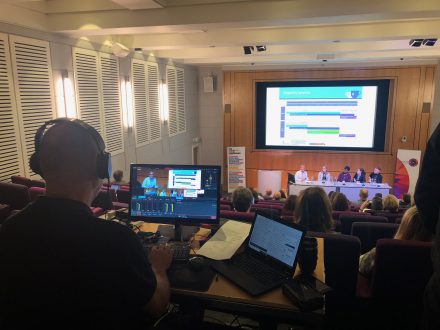 Victoria Burnip (her PowerPoint is here) outlined the process: applications in person or via an app (iPhone as well as Android, now) with the latter requiring a biometric-chip passport or UK residence card and a National Insurance number, to get feedback on whether someone is eligible. The next stage is uploading up to 10 documents which “need to cover long periods of time: you want to hit the whole five years… include things like bank statements, council tax statements, tenancy or mortgage documents” she explained.

It can take at least two weeks for a decision, and if someone is refused – or given pre-settled status when they think they are eligible for settled status – Burnip suggested that it may be simpler to reapply than to seek an administrative review. Her key advice: EU citizens in the UK should apply as soon as possible; and if those outside have job offers in the UK, they should relocate here before Brexit if possible. “If they’re in before 11pm [on the day before the UK leaves] they can apply for pre-settled status,” she said.

What can companies do to support their European staff? Burnip advised making sure there’s time in the working day for them to complete the application process – rather than expecting them to do it entirely in their own time – and to provide a device that they can use if needed. “Communication is key: dispel some of the myths,” she added. Examples: EU citizens who think they have permanent residence already so don’t need to apply for settled status are incorrect. 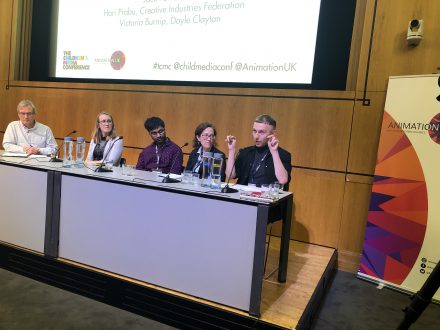 The conversation moved on to what happens to EU citizens who want to come to live and work in the UK after a no-deal Brexit. Jack Powell said that there has been confusion around this scenario. “In a no-deal scenario, EEA citizens that come to the UK are subject to what will be known as European temporary leave to remain,” he said – referring to something the government describes as ‘temporary UK immigration status’ that allows people to stay in the UK for 36 months from the date it is granted.

Here, too, there’ll be a transition period. “In the period between a no-deal exit and the end of 2020, basically EEA citizens will enjoy the same rights to come to the UK and take a job or study, as they do currently,” said Powell. “At the end of 2020, if you want to stay after that period, you will have to sign up for a temporary leave to remain.” Blanca Grey stressed that the Home Office was preparing the ground for this system to be explained to people. “As soon as this becomes operational on the 1st November [now potentially 1st February, although it could be earlier if the UK manages to ratify a deal] the communication will immediately start,” said Grey.

And then? January 2021 is when the British government is expected to introduce a new immigration system, which Har I Powell suggested is likely to treat EEA and non-EEA citizens the same. Blanca Grey made it clear that it is very early days however. “The Home Office is looking at options. We cannot really talk about what it’s going to entail,” she explained. “The Migration Advisory Committee is currently looking at the option of a points-based system, and how that option would work in the UK. We are expecting the word to come back through the Home Office sometime in January. Then we’ll be able to resume the engagement with key stakeholders, mainly with employers to see what options we can implement.”

Expect plenty of lobbying and arguments over this proposed system. Jack Powell, for example, highlighted the issue of a potential salary cap for people coming to the UK on ‘tier 2’ working visas, and past proposals that the cap should be £30k. “Say you want to employ an animator on a job. A Junior Animator earns £26k or something like that [but] they would have to be paid £30k if they were from Europe, to get that visa,” he said. “They may be sitting alongside a British animator with a year or two more’s experience. So it [£30k] becomes the de facto minimum wage in that industry, if you’re going to mix European and British workers in the same team.” Powell cited calculations suggesting such a cap might add £18m to the collective industry payroll.

Hari Prabu raised a question about how a points-based system would work for the creative industries in particular, looking at qualities outside of people’s salary. “What it means to be a talented musician, actor, animator: very precise skills [that] it takes time to evaluate” as he put it. “It’s key, therefore, that we try and make sure, if there is some points-based system, it is able to take into account these wider, more diverse qualities in the creative industries.”

This will all come down to the discussions between the Home Office and ‘key stakeholders’ – including the production and animation industry. “We are hoping to resume that period of engagement very soon,” said Grey.

The event closed with a brief consideration of immigration issues “in the reverse direction”, as moderator Neil Hatton outlined that in a no deal scenario there could be potentially requirements on productions to obtain visas for teams shooting in European countries – and each would be a separate application. This also raised the question of customs carnets for equipment.  It was thought this would probable not apply to all EU territories. There is more detail on this in Neil Hatton’s PowerPoint slides.