This panel focused on the pivotal importance of the relationships between fans and brands, with a broad range of speakers. Moderated by Joshua Davidson, the focus was all about ideas to inspire and engage with brand-loyal audiences. 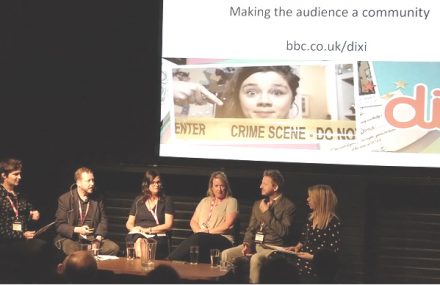 Dan Berlinka began the session with an interesting case study on ‘Dixi’; an interactive fictional social platform allowing user interaction only through moderated comments. Kids engaged as if the characters were real, talking as though they were friends. An element of self-moderation within the community began to emerge as users realised that certain types of comments would be curated.

Naomi Dare gave us an intriguing dive into the world of ‘Warrior Cats’ by Erin Hunter, a book series with global success which to date has sold over 40 million books. This series is defined by its incredibly passionate fanbase, upon initial research over 30,000 fans from 137 different countries filled out the survey regarding the future of the series. The strategy behind this was to unite and engage fans and tap into the unfulfilled demand for product. This led to the creation of a digital hub, which was launched with key influencers in the community. Engaging with these ‘Super Fans’ was key.

Alison Norrington specialises in the creation of IPs, strategy and world building and design. She argued it was crucial to ask ‘Who is the audience?’ So brands know how best to communicate with them. She presented four different models to identify them; broadcast model, I’m listening model, welcome to my world and take it it’s yours. The benefit of the ‘I’m listening’ model is that it allows fans to feel like they have a voice, and importantly also feel that they are being listened to which is the illusion of interaction. IPs need to take the audience along for the ride by setting a low barrier of entry, there’s a world for us to explore with them.

Social media channels are a key way for brands to interact with their audience and allow older properties to evolve to be received by new audiences said Dan Thorne, Guinness World Records. GWR found success on Pop Jam and Tiktok with a new younger audience, specially curated content was taken from the audience cues, allowing them to gauge success of new content too.

Social media brand strategy designed meticulously to satisfy and delight fans lies at the heart of the Roald Dahl channels, said Lucy Appleby. The IP is well loved and recognised across platforms with 300 million books sold and being the most recognised author amongst children in the UK. The beloved IP is at the heart of the strategy, which show cultural relevance to a very engaged modern audience similarly to GWR. They are very protective of balancing all sales content and produce all content in house to deliver a high level of quality. As a result the posts created were in the top 0.5% shared pieces of content across the whole of Facebook last year.