First, Changemaker Brandon Relph, opened up the event with a smile and youthful enthusiasm about his knowledge of Generation Z and his Yentrepreneurship – which stemmed from YouTube success with Minecraft videos, but now sees him advising companies as to heir relationship with Generation Z. 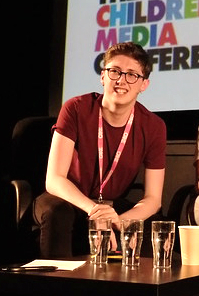 Industry veterans, those just starting out, or somewhere in between, gathered to hear what commissioners have to say. In an ever-evolving media landscape, we heard what’s new with Sony, Turner and Viacom, what they’re looking for and how best to approach them with the next big idea. 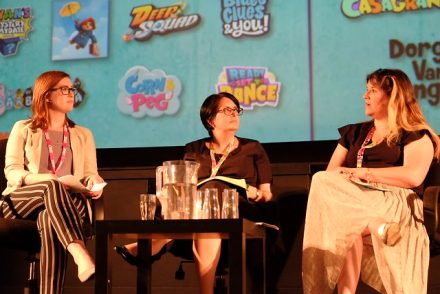 Representatives from Viacom, Sony Pictures TV and Turner EMEA were invited to present to the keen audience what they want to see as new and engaging content. Each of the channels were given fifteen minutes to have their say for what they hope to see in the next submissions for new programming content.

Up first was Louise Bucknole taking to the stage with an almost complete loss of voice, but assisted by  Lyndsey O’Callaghan and representing Viacom’s Nickelodeon Channels in the UK. They introduced new shows across Nickelodeon channels and announced their first partnership with China. They also previewed ‘Pony’, a brand new animated series that will air on the Nicktoon channel. After showing off their upcoming properties, Louise stated that “everything we do is defined by the child. We always try to do it in the kids’ point of view.” 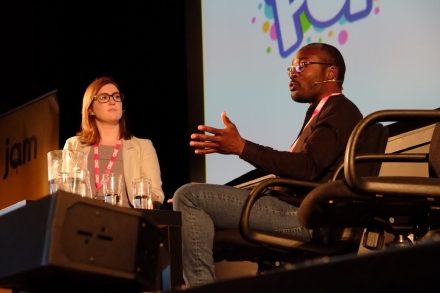 Up next was Craig Hunter from Sony Pictures TV and in his new position of Head of Kids’ Network, he continued with Lyndsey and Louise’s views on the kid’s point of view, exploring the concept of shows he hopes to see that can “enable us to make a mark on our channel.” Craig talked about new shows that could “offer a 360 view of our offering” –  using non-TV platforms to build the audience. 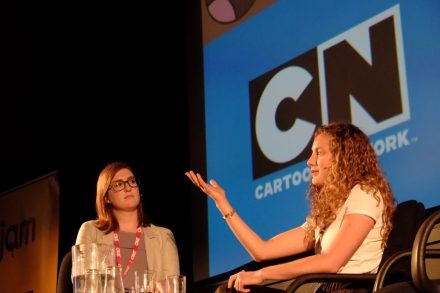 And wrapping up the event was Zia Bales representing Turner EMEA’s channels Cartoon Network, Boomerang, Boing, Cartoonito and Toonami. She described the new opportunities for those who are looking for their next big break into the industry, she stated that some projects could change (format and length) between the original concept and finalisation. “Just because something starts as long form, it doesn’t have to be that way.”