Increase your awareness of your bias… One way to do so is to take an implicit association test. Practise good self-care so that you can free up brain space to better challenge your implicit bias. We can help change a child’s brain structure by what we show them. 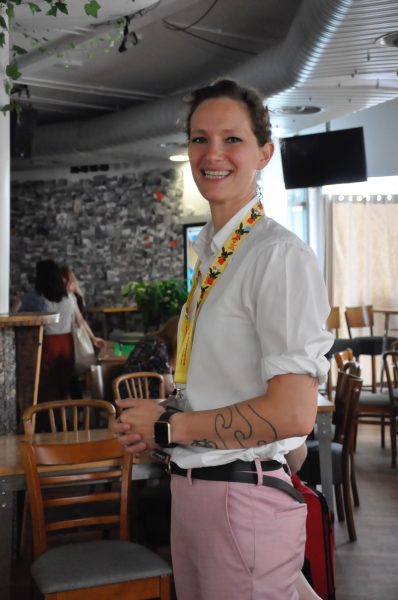 Luise presented some startling research on unconscious bias at work in children’s media. Only one percent of children’s books featured a BAME main character when over thirty two percent of schoolchildren are of minority ethnic origin. Additionally, more than half the books featuring a BAME character were classified as “contemporary realism”, ten percent contained “social justice” issues such as war and conflict and only one book was defined as “comedy”. Luise also cited 2016 research from linguists Carmen Fought and Karen Eisenhauer who discovered a data trend in the process of analyzing every line of dialogue in Disney’s twelve animated princess movies from 1937 to 2013; when they have the starring role, women speak only a minority of the dialogue with male characters with speaking roles vastly outnumber female ones in every single film. Women speak less in these films than they did in the films of the 1930s and ‘50s.

A few action items to manage micro inequities were included in the session’s Q&A portion and included: KISS – keep it short & simple, sandwich – i.e. place the critical thing in between two nice things that are relevant to the issue.