Braydon Bent (FYI) energetically set the stage for a fascinating session moderated by Zoe Daniel (Guardian/Reuters) on kids and fake news. He demonstrated how the impact of false reporting – from Russian spy Whales to fake Obama speeches – is increasing as it becomes more prevalent and complex, with digital technology and AI making it easier to generate and harder to distinguish. 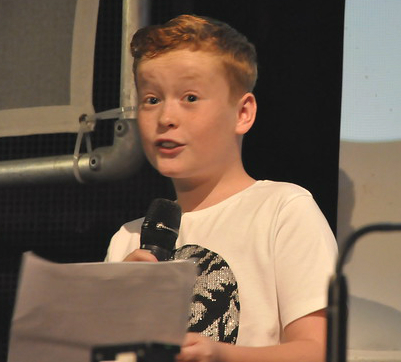 Chris Rogers (Fresh Start Media) bemoaned the fact that kids are too often dismissed as not being interested in news when they are. He went further – kids are news generators with their own stories to tell, changemakers and influencers in their own right.

Paul Plunkett (BBC) talked about the importance of not patronising kids, the fact that Newsround has found children really want the authority of facts and information, not emojis and flash.

Colin Williams (Sixteen South) pointed out it’s hard to know what normal is anymore, that it’s no wonder anxiety is on the rise with children, given the culture of influencers warping kids’ perceptions – even if they know they are influencers it doesn’t change the impact they can have.

There was clear panel consensus around the importance of not talking down to children, allowing peer-to-peer learning, engaging kids and then letting them make their own discoveries, this was what matters most. The media have a responsibility to support kids navigating the world of news and to keep them safe.

Nicky Cox (First News) was clear that the challenge for us is to keep pace with the kids themselves as the pace of technology change gathers. That is hardest in helping kids manage the grey area between clear fact and fiction. She emphasized the need for all to work together so kids can address misinformation themselves. 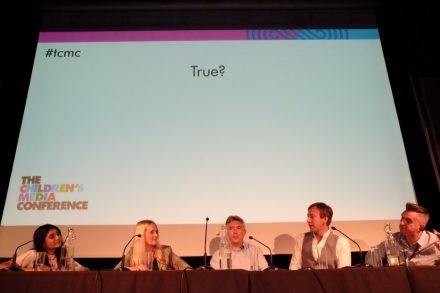 Journalist and Freelance Filmmaker and Broadcaster