The session was opened with an introduction of a showreel by changemaker Toby Lloyd, DOP from Truetube, a platform that tells stories about the struggles of young people. He explained that as a child, he was not allowed to explore a lot of things he was interested in, due to lack of accessibility. Even today, smartphone ownership is still not universal among young people. While young people of this generation are so much more aware of the human experience than previous ones, society still has the responsibility to protect them from dangerous content. 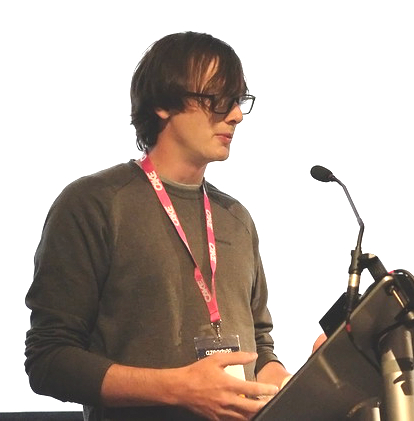 The motion of the debate was whether limitless content is good for children’s media. In a world with increasing amounts of content and numbers of platforms, many parental concerns have also arisen as to how to guide their children through the media landscape. The debate was moderated by Peter Robinson, of KidsKnowBest 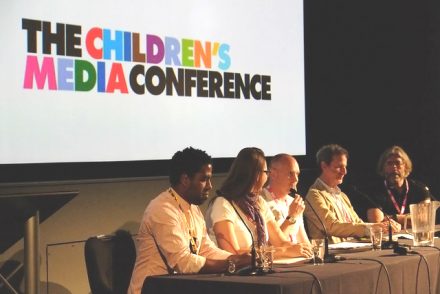 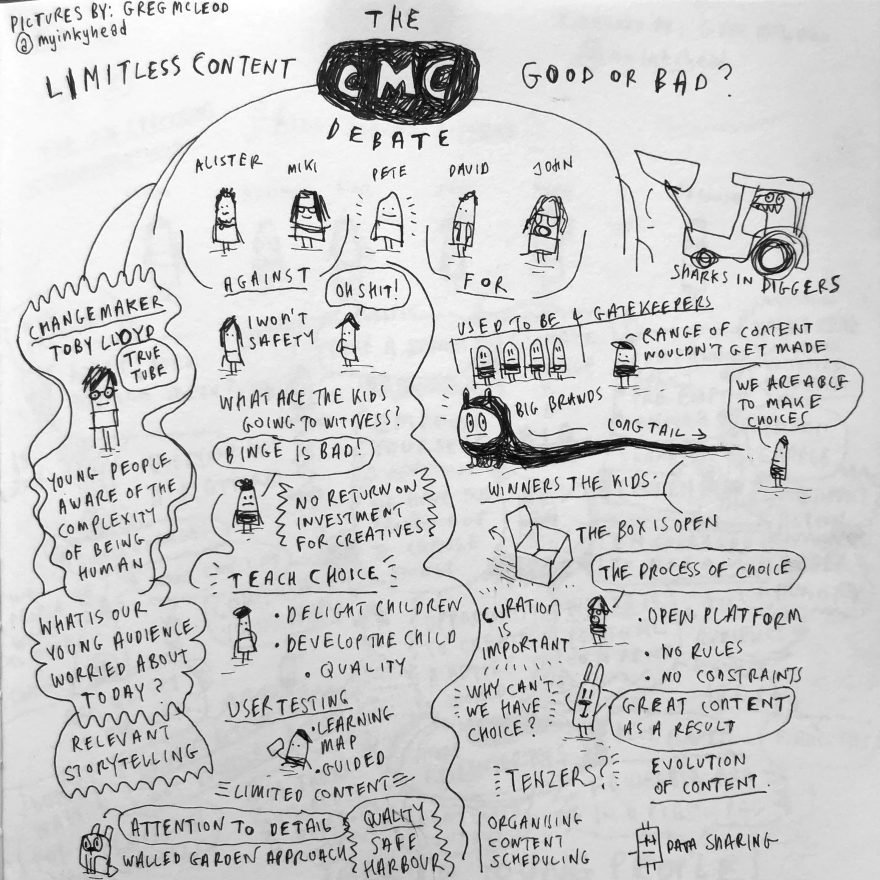 Panelists were divided into two teams. David Kleeman from Dubit and John Robson from Moonbug were in favour, whilst Miki Chojnacka from Hopster and Alister Morgan from Acamar Films were against.

Nowadays, there is more content and there are more channels for young people than ever. David opened his argument by stating that limitless provision does not equate to limitless consumption. He also argued that children do not make up a monolithic demographic. Limitless content could connect more children to more content.

Stuart emphasised that the box for digital is already open and there is no turning back from where we are now. He compared having limitless content to having a choice of restaurants. More choices are always ideal for competition. Only the best content would rise to the top.

Finally, Alister argued that children are very different from adults. Choice for children is something that must be taught. Having parents as gatekeepers is vital in that educational process. Alister agreed that choice is a great thing but limitless choice is a bad thing. Providing and curating quality choices for children is more important.

In the end, many audience members changed their minds and voted in favour of limitless choice.

David Kleeman has written up his POV of this session in an article for Kidscreen magazine. 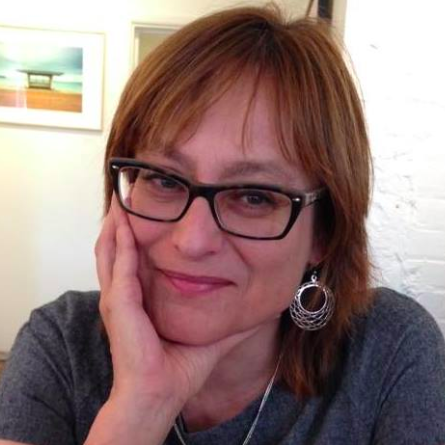 Director of Photography and Camera Operator