With the swift and powerful development of social media, there are some concerns that we are now in a world where connecting with teens through traditional means has become tricky. This session took a look at engaging with audiences not only through their social media, but also through writing styles and narratives. 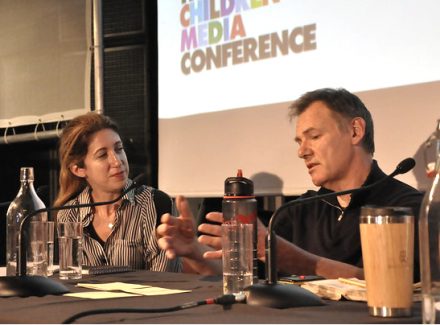 Claire Tavernier, introduced the session stating that “70% of teens now have social media profiles and are very connected, inclusive and demanding in the content they want to watch”. Steven Andrew started by discussing the importance of including teens within programmes as a character for the audience to relate to. He took the opportunity to announce a new programme called ‘Flatmates’, which delves into the comedic drama of older teens living together. With the help of the ‘insta generation’ combined with writers of the programme, they could accurately pursue the creation of the programme’s content. He continued the conversation by saying, “The value proposition has to be incredibly clear. It doesn’t matter where they engage with it, they have to know what’s the point for them.”

Asta Wellejus delved into how teens are only going to connect to a programme if they think, ‘well how does this relate to me?’ This can be done by providing something on screen for teens to connect with their lives right now and by looking at the narrative content and thinking ‘why would they want to engage with it?’. By devising strong narratives, the results often end in post-show conversation, giving teen audiences something to talk about after the show ends.

Fox Fisher discussed issues relating to transgender individuals and how the new ‘Genderation’ shows diversity and presentation within new programmes targeted at teens. ‘The transgender movement’ promotes the understanding of trans people by helping understand issues that transgender people face. Fox said that “Youth helped to bring the trans-movement home because they no longer treated us as a threats, they engaged with our story”.

Hannah Anderson began by evaluating ‘The Media Chain’ of social media when talking to teens and promoting content, where it has been underestimated as a place to watch programmes. This can drive the audience from social media towards watching programmes online or in a linear format.

Concluding the session, Hugh Lawton explained that teens want to watch a lot of drama but they also want content that’s rich, can make them cry, laugh, and experience a variety of emotions. You have to connect with them on their level.

The take home message? “No one is saying ‘Wanna go iPlayer and chill?’ And if they do get there, you have to speak in their tone of voice to keep them there.”

Digital and Media Expert and Advisor