This session set out to immerse attendees in how kids today are being given the opportunity to learn from via augmented and virtual reality experiences. 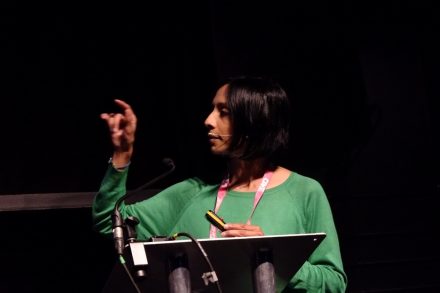 Moderator Dr. Carlton Reeve framed the opportunity presented by augmented and virtual reality as bringing the world to life in a different way for children. He didn’t expect the panel to show definitively how to best use this technology in the classroom but hoped it would provoke further discussion beyond this session and it certainly feels like it achieved that goal.

Ahrani Logan got things underway. She presented her ‘Augmentify It’ app, which she described as a new way to deliver content to kids in a way they understand. The app supports a series of cards on different subjects, and when kids scan the cards with a smart phone or iPad camera enabling superimposed augmented material, such as animation and quiz content. It allows teachers to cover topics that are hard to access without recourse to video material. Ahrani showed a video herself, shot by a teacher using the app in one of their classes, and the children were clearly all very excited by what they were discovering. She is now interested in collaborating with IP owners who would like to embrace this technology.

Emmet O’Neill presented himself as a tech sceptic who originally believed AR was “a technical solution to a problem that doesn’t exist”. But the advent of the Apple ARkit development software prompted his staff to experiment with an AR version of Eric Carle’s ‘Very Hungry Caterpillar’ and kids’ phenomenal reactions were enough to convert Emmet! He describes his subsequent AR apps for preschoolers as 30% entertainment, 70% education. This process of developing them is also an education for any producer who may be used to being a control freak, because you can’t control the camera, so it’s more like directing ‘theatre in the round’. And if kids feel that they should be able to do a certain thing inside the app, then you need to have anticipated this and designed for that feature. With Apple’s support his apps are now dubbed into 30 languages. For him, the most satisfying thing is seeing children using the app calling over parents to see what they see, so it encourages a sharing of excitement. And they are not glued to the device, because even when they put it down Emmet witnesses children following this up by then then using their imagination to explore their environment with fresh curiosity. 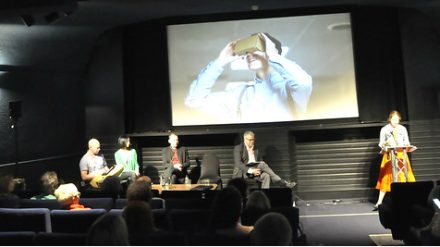 Kaitlin Fritz presented her work with Musemio, which she sees as being able to break the typical cycle of student apathy. VR and AR are both ways of bringing the world into the classroom in a way the kids understand. She presented her research that has built upon the proven ability of this technology to increase student attention and motivation. She studied a heat map of where children go (when wearing their simple cardboard headsets) inside the ancient Egyptian virtual world her team had created, and where their attention fell, in order to better understand how to optimise the design of future apps to cater for the range of students’ personal learning styles. She underlined the need to plan for a whole learning programme that includes the all-important moments before and after VR experiences – and not just relying on the experience itself as being enough for achieving educational goals, In her view it’s all about storytelling and the challenge for us now is how to expand 2D narratives into this 4D space. “Together, let’s unlock the potential of cardboard,” she implored!

Last but not least, Phil Birchinall presented an impressive live demonstration of one of the apps developed by his company Inspyro. Like Emmet, Phil was initially an AR sceptic until he witnessed what he called its “experience amplifying” effect. We need technology with purpose, he argues, and the greatest gift of this content is the way it succeeds in creating intentional disruption, where every student reacts with a “what’s going on here?” moment. And it is this special time of heightened attention and amplified motivation that good teachers will be able to exploit. Similarly with VR, Phil can point to that ability of this technology to create a powerful atmospheric experience (achievable when supported by the richest possible sound design) that can get the students to really “feel something”. Teachers report that these moments (such as experiencing what it would ‘really’ have been like in the WW1 trenches) resulted in an demonstrable improvement in children’s quality of writing on these subjects.

In the Q&A that followed Ahrani underlined how AR and VR were fantastic tools for stimulating discussion and capable of grabbing the attention of even the most disruptive pupil. But in a lovely parting thought, she pointed out that for this to be turned into a genuinely transformative learning experience it requires intelligent intervention from what is still the most important bit of tech to be found in any classroom… the teacher! 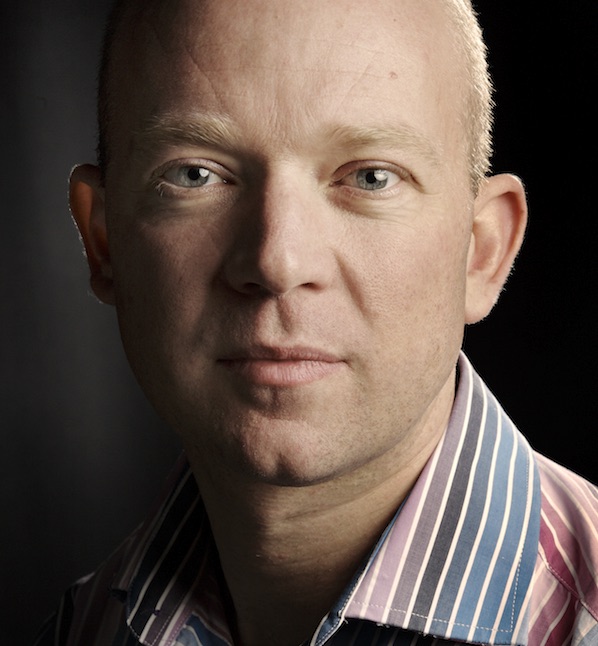 David is the co-founder of UK animation studio Pesky, the creator of ground-breaking interactive cartoons and TV comedy across three decades. He continues to work up new shows, features and formats across multiple genres and mixed media. He also now consults as a freelance development executive, producer-for-hire and script adviser.  David… Read more