Changemaker singer/songwriter Sapphire introduced tonight’s keynote session with a breathtaking rendition of ‘Shallow (A Star is Born)’ before an impassioned plea to the audience concerning the struggles teenagers are facing when it comes to mental health issues. Her rally for change in content moderation focused in on social platform Instagram – a platform where, she argued, young people can readily access inappropriate content in contrast to the existing standards in the film and television industries. 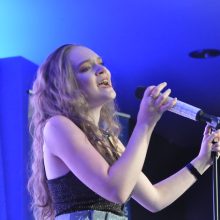 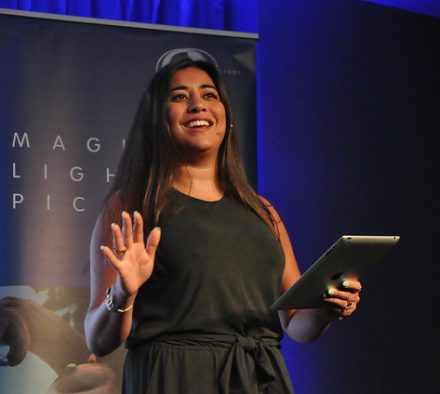 The keynote was an entertaining dive into the hilarious world of ‘Horrible Histories’ in its many media iterations, hosted by film critic and fan Rhianna Dhillon. The scope and reach of this beloved brand is almost unparalleled, with an unapologetic approach to providing kids with vile and gory historical facts. Laughter rang out as the movie trailer was rolled, proving the witty humour was universal amongst children and adults alike. Giving her professional insight to the comedy writing in the HH TV programmes,  Caroline Norris commented that the formula that made up the books translated well into a sketch show format. The key part of maintaining and capturing the original spirit and zeitgeist of the book series, came in part from hiring adult script writers – writing as they would for adults, just without the swear words!

Giles Pilbrow highlighted that animation was also key to developing children’s understanding of the show in its early phases. As a former cartoonist, he added that there was importance in visual cartoon inserts and through user testing it was concluded that children often benefit from the animated reference as a way of introducing content. That way, he commented, they don’t feel lost in the narrative. It is clear, of course, that comedic inspiration is taken from British cult hits ‘Monty Python’ and ‘Blackadder’. Dominic Brigstocke noted that many jokes within the TV series followed classic formulas that are used in the previous examples. And in thinking about comedy antecedents – also men tined the legendary ‘Do Not Adjust Your Set” for the 1960’s. 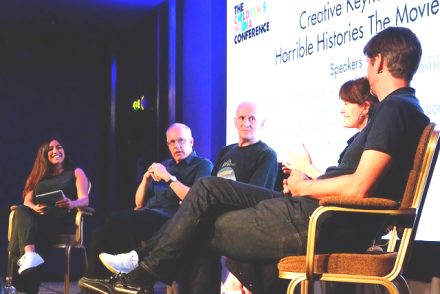 Author and creator Terry Deary explained his creative process by reiterating to the audience, quite proudly, “I’m not a historian.” He noted that his main motivations were “an agenda of anti-disestablishment which pick the facts from the various historical versions, to tell a story.” His books aren’t about historic events or time periods, but actually about people. Just as sketch shows are about people, they make the comedy. Originally conceived as a hybrid history joke book, it turned out that real historic fact was often much more bizarre and disturbing than fictional concepts, which Terry found very interesting. He asked the audience why do people behave the way they do? The challenge of course, then is to measure themselves against the past.

Make sure to catch the Horrible Histories film which is launched on July 26.