What happens when a group of writers get together in one room? They share their top tips for getting that sought-after first credit in kids’ TV, developing as a writer and staying relevant in the industry, of course! 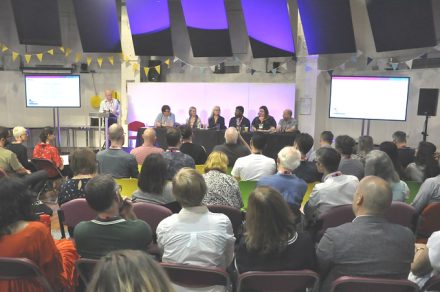 Hosted by Dominic MacDonald, the packed session kicked off with plenty of top tips on how to enter the industry as a new writer. The panel advocated the importance of learning the business, watching content and being familiar with broadcasters. Simon Nelson highlighted how a personalised email has much more impact, so tell them what you like about their work and make sure to do your research. Having an original spec script will make you stand out in a crowded market. 13,000 scripts a year are entered into the BBC’s Writersroom. They look for scripts with a strong voice and a fresh take on the world or situation. Simon advocated the importance of finding your own voice and telling the story you want to tell – don’t second guess the broadcaster. Catherine Williams looks for fresh, contemporary and funny scripts, that respect the audience. 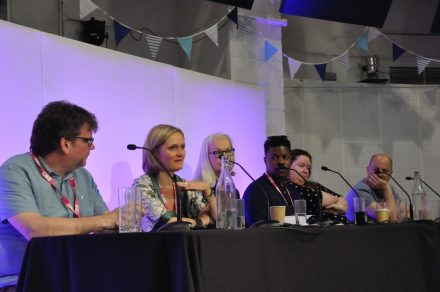 Whilst investing time and effort into your own spec script is vital, the Writers’ Guilds don’t advocate working for free on other people’s projects.  Emma Reeve noted the Guild does not recommend doing trials or shadow schemes for free. Andrew Brenner countered that writers are usually not paid for pitching episode ideas for shows, but this is an important way to build new relationship with producers and script editors, especially for new writers.

Building and maintaining relationships is a key part to becoming a successful writer and maintaining a long career. Annette Van Duren highlighted that writers must continue to generate their own work and follow up with contacts even once they have been signed. The agent’s role is to sell your skills to production companies, take care of deals and protect you and your intellectual property. ‘The agent can get you in the door, but you have to deliver in the room and follow up’. Omari McCarthy recently signed with an agency. As a new writer to the industry he feels he is taken more seriously now he has an agent.

Dominic ended the session by reminding the audience of the impact they can have on the audience by creating fantastic role models for children and telling great stories that will stay with them forever.

Writer - Freelance Emma is a writer for live action and animated children's TV with over 60 broadcast credits. She developed 'My Petsaurus' from Bumpybox's initial concept to series. It was commissioned by CBeebies and Emma wrote all 20 episodes. Her first commission was the pilot script for live action… Read more