The session began with a presentation by Changemaker Dan Laws, from Youth Politics UK, which offers young people training and opportunities to discuss issues with high profile decision makers. 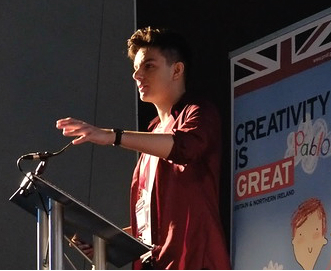 With an expert panel, comparing and contrasting Netflix, Amazon, YouTube and the rest, this session looked at their business models, and explored aspects of customer acquisition and retention strategies in a lively and highly informative session which did not disappoint. 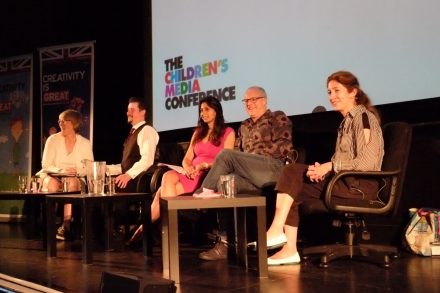 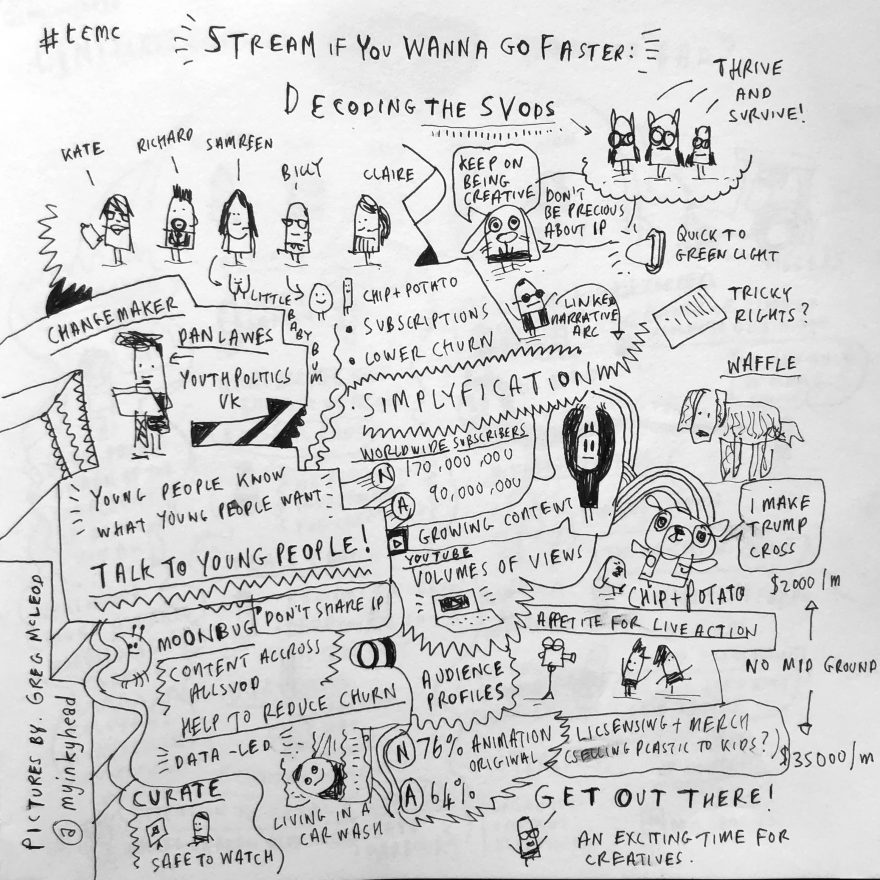 Kicking things off, moderator Kate Bulkley asked the all-important question: How important are kids to the SVODS?

Claire Tavernier was keen to stress that there are only two things that the SVODs are concerned about: increasing subscriptions and lowering churn (maintaining subscribers). Therefore, all their decisions on content are driven by those simple motivations.

Richard Cooper: Ampere researched three main questions about Netflix and Amazon. First up was a series of slides looking at the total amount of kids’ content on each SVOD. Each has around 4,000 hours, but Netflix carries a significantly smaller ranges of titles. Amazon also has a huge amount of additional third-party content which adds to the complexity of the picture. The second research question concerned the genre breakdown of this content. Netflix and Amazon have a similar level of subscriptions from households with kids (about half of all subs) and within that the most popular genre is animation. The trend for both these SVODs has been to increase animation with their services to the point where their existing and upcoming titles are now over 60% animation. Although this comes at the expense of live-action content, suggesting a deficit in the area, which may need to be filled and could lead to future demand for this genre. Richard observed a trend that sees the drive to produce their own original content significantly dropping off over the past year, particularly for Amazon, who appear to have almost entirely stopped producing their own kids shows. This led to a discussion in the session about how much of an opportunity this was for independent producers looking to approach the SVODs.

Samreen Ghani and Billy Macqueen shared two very different perspectives on this. Samreen’s model with Moonbug is to identify content that is working elsewhere, particularly on AVOD channels (essentially YouTube), and then package those up to sell to the SVODs. The example she gave was ‘Little Baby Bum’ which gets billions (with ‘b’!) of views. Which gives her a successful product the SVODs are very keen to buy (which speaks to Claire’s point earlier that such stats give the SVODs the subscriber boost they crave). Moonbug therefore looks at the SVODs merely as an additional revenue source and so Samreen doesn’t have to give them any of her IP rights.

Billy on the other hand has had the experience familiar to many independent producers of actually pitching new ideas to the SVOD execs. He shared personal stories of his various (and occasionally successful!) attempts to get a commission. If is far easier to do a deal if you have a clean set of rights, he says, unencumbered by smaller, local broadcast deals. SVODs love simplicity in negotiations as they operate on a global level (his latest series was dubbed into 28 languages, but at least Netflix do that themselves these days). He pointed out that there is a problem of churn in the actual execs at the SVODs which makes it hard to see through negotiations, but he stressed that producers needed to persist and use all their creativity. He quoted a statistic that only 1 in every 750 kids series ever breakeven on their licensing and merchandising programme, so his advice was to not get precious about IP ownership and always be prepared to sell control of toy and ancillary rights to the SVODs if they are writing you a big cheque… take the money and move on to your next project was Billy’s advice!

Claire concluded that she sees the SVODs currently retreating into remakes and spinoffs instead of seeking new original content, and this is potentially bad news for creative producers. However, she advised that if you did happen to be sitting on 10-15-year old shows that had a demonstrable history of being pre-loved then go see the SVODs right now and pitch them your back catalogue as this is the moment to exploit that current trend!

The session ended with questions from the audience… It was noted there had yet to be any break-out hit show for children driven by Netflix. The feeling was that kids’ programmes were therefore being used by them to retain subscribers (reduce churn) and not as ‘hero content’ to attract them in the first place. In other words, marquee adult dramas and/or sport may be what gets a family to subscribe but it is the breadth of “just about good enough” kids’ content (to use Claire’s phrase) which keeps them there. But as Billy pointed out, producers just need to keep at it, and even if you hate the commissioner who you initially meet (or they hate you!) don’t bother trying to change that as it’ll never work, but yet wait 4 months and there’ll probably be a new exec along in the same job who might be the one who is your champion – you just hope they then stay long enough to get you the deal!

David is the co-founder of UK animation studio Pesky, the creator of ground-breaking interactive cartoons and TV comedy across three decades. He continues to work up new shows, features and formats across multiple genres and mixed media. He also now consults as a freelance development executive, producer-for-hire and script adviser.  David… Read more