This hour-long session was split into two half-hour research presentations: ‘Beauty & the Beast’ and ‘The Kids’ Ecosystem, Under the Microscope’. 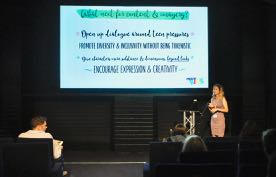 The main focus for this session was to explore how tween and teen girls feel about the beauty industry. Although the sample of Razor Kids’ study was relatively small (76 UK-based girls aged between 8-16 were interviewed), the qualitative research meant that those girls interviewed were a real insight into how they view themselves and the media they see.

These children are more clued-up than you would think. They appear to be bound by positive, unifying values and behaviours such as diversity, inclusivity, social conscience, individuality, empowerment and independence.

Although they still have the same feelings as current adults did when they were their age such as wanting to be liked and worrying about fitting in, these girls realise that there is a world of possibilities out there for them. With a wide social network, they are now information rich and able to have immediate connectivity. They are also open-minded and willing to discuss usually taboo subjects. Most importantly, they have high aspirations around success and are looking beyond money and more towards fulfilment and happiness.

The findings from the study showed that girls want to be represented in the media. They are open to dialogue around teen pressures but want there to be better promotion of diversity and inclusivity without it being tokenistic.  In the media they consume they also want characters of more substance and dimensions beyond looks and they want to encourage expression and creativity.

The Kids’ Ecosystem, Under the Microscope

Session two followed, with a look into exploring children’s ecosystems: i.e. the child in the middle and what is going on around them. Kids Insights survey 400 kids a week as well as 200 new/expecting parents on a weekly basis. This research is intended to ensure businesses have an insight into how children think and what they’re doing and consuming.

In their most recent study, Kids’ Insights discovered 6% of kids just watch one screen; dual screen is a huge influence with 1/3 on the phone at same time and ¼ on a tablet. Children are consumers but also influencers almost immediately. They share their thoughts online with friends and interact socially on multiple devices at any one time. However, it is equally difficult for them to escape and see other things because of their dependency on these dual-screens.

Now brands are able to utilise many interests that children have and are multi-faceted. Lego was given as an example: previously they were just a toy manufacturer, now they have TV and film rights, they produce a magazine, they have social media, they have a wider range of merchandise.

This allows children to consume brands and have them as a branch of their larger ecosystem. The key is using technology to maximise your brand, product or service impact. 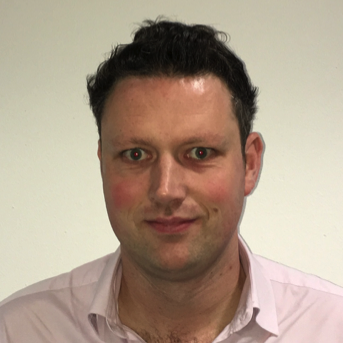