Sticking to your Dreams 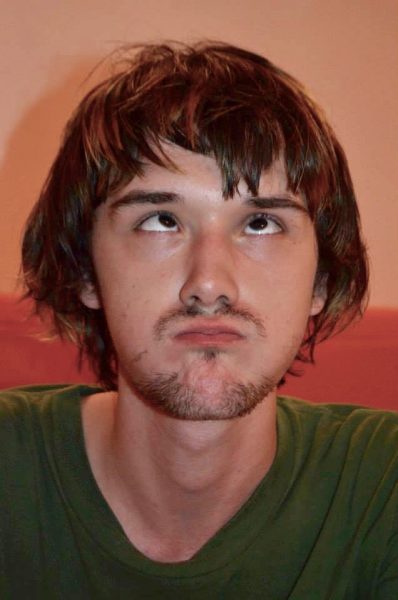 Hi there!  My name’s Theo Sparks.  I do animation stuff.

So it all started with a doodle, a wacky little idea I had bobbing around in my brain for some time, and it was time to make it happen.

Two years ago I attended the Meetup event, ‘Frames’, in Camberley, held by the local animation studio, Fudge. At the time I had just finished creating the concept for a brand new style of animation – something that needed to be made, because it had yet to exist. And here it is.

I premiered sticker-mation at this event, to get my idea out there and see what people thought. The response was fantastic, everyone was really impressed, particularly the good people at Fudge Animation.

Since creating this thing, I’ve been shortlisted by Channel 4 for ‘Random Acts’, approached by the Fratellis for their new music video, have a place in a Roman art gallery, and my own 3 minute TV segment about the project.  (Subtitles alert – it’s in Welsh!)

Two years after showing my idea to Fudge, they got in touch, asking me to collaborate with them on a project. Fudge was creating the idents for this year’s Children’s Media Conference. They proposed some of their own ideas, but also included my little sticker-mation video as a potential way to go.

The CMC immediately latched on to my idea. They wanted it for their event. At this point, Fudge asked me to be involved in the production. I immediately agreed, it was an obvious way to get my idea out there.

My role was core animator, and I had a lot of freedom with this, within limits. They gave me the ‘key frames’ of the animations, which were the symbols for the CMC 2018. My task was to morph between the symbols, in organic, fun and wacky ways.

I had a week to animate all 4 of these 10-second idents. Animators will know that these are the deadlines of a madman. I was frantically working to generate ideas, plan, storyboard and animate all of these idents within a week.

After I sent them the animations, they saw them as a base to build on, using my motion designs to inform the final product. In the end, some of the motion was changed around, adapted, enhanced, and sometimes cut out completely, as they felt some parts were working better than others.

For my services, I gained a free ticket to this fabulous event, an experience I will never forget. I want to thank everyone involved at Fudge and the CMC.

To learn more about me and what I do, check out my website: www.theosparks.co.uk

Here’s an example of the 10 second animations used at the start of every session at CMC 2018:

CMC 2018 Blog CMC Ebulletin What has the CMC Ever Done for me?