Report – Prix Jeunesse in a Suitcase

The world of children’s TV comes to Sheffield, with outstanding and intriguing highlights from the recently staged premier international festival, Prix Jeunesse.

• There is an astounding variety in children’s TV worldwide that is worth becoming acquainted with by anyone who is looking to work on a global stage.

The session was introduced by David Kleeman who explained that Prix Jeunesse is a bi-annual festival that celebrates children’s programming from all over the world and which celebrated its 27th anniversary this year. With over 400 entries from 50 countries they had a lot of potential shows to share with CMC and David Kleeman must have faced a lot of tough choices in paring this down to just 14.

David’s advice before the viewing was that we should be prepared to look at things that might be nothing like what you would expect to see or produce in your local market. Instead he suggested that we think about where these shows have come from and why they work in their home markets.

The shows were incredibly diverse and masterfully created. The shows chosen for this session highlighted a range of interests, ages and subject matter; from studying the way that engineering teams built “smart toilets” in Japan to the trials of a transgender 12-year-old attending a new school, with all sorts of fascinating detours along the way.

The shows watched are listed below, with more detailed information available at: https://prixjeunesse.de/images/Katalog_2018.pdf 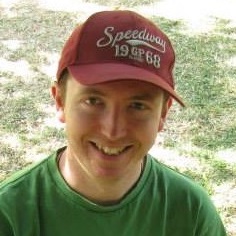 Joseph has been working in Children’s TV for over ten years and is currently a Programme Planner in the Disney XD team. He's had the privilege of attending CMC twice before now and will be blogging for it for the first time this year. Read more