Report – Serving Up a Healthy Lifestyle

With the UK spending £47 billion on obesity and overweight related issues, not since Popeye opened his first tin of spinach has there been a greater need for a ‘Peppa Pig’ hit show that moves the dial for healthy eating

Ricky Boleto, Presenter/Reporter at BBC – In the last eight years Ricky has travelled the world covering a wide range of stories. Recent assignments include visiting the US to cover the elections, reporting from Brazil for the Rio Olympics and presenting ‘America Vs Food,’ a documentary looking at the country’s battle against obesity

Oliver Ellis, Joint MD at HoHo Entertainment – Hoho Entertainment was co-founded in Jan 2011 by Oliver Ellis and Helen Howells to develop, finance and produce children’s properties, designed to be seen and experienced on all media platforms.

Marie McCann, Senior Director Children’s content at Canadian Broadcasting Corporation – CBC Kids creates and acquires entertaining and inspiring media for children aged 2–12. As Canada’s national public broadcaster CBC has a tradition of excellence and innovation in children’s content, and reaches its audience through CBC Television, its websites and social platforms. CBC Kids is currently looking for high-quality linear TV programming for pre-schoolers (2 to 6) and for a blended before-school, Saturday audience which ages up to 10, and digital first projects for audiences up to 12.

Michelle Melanson Cuperus, President at Radical Sheep – oversees Radical Sheep’s robust slate including ‘The Bagel and Becky Show’ for Teletoon/BBC Worldwide, ‘Fangbone!’ for Family CHRGD/DHX, ‘Ollie the Boy Who Became What He Ate’ for CBC, ‘Tee & Mo’ for CBeebies/TVOkids/Knowledge Network and ‘The Next Step’ for Family/BBC Worldwide.

We had a flash mob before the panel had a chance to open their mouths. Well, until they and we were asked to sing along to the chorus about broccoli (don’t mistake it for a tree) by the very talented BarrowBand. Check my Instagram feed for the video upload. 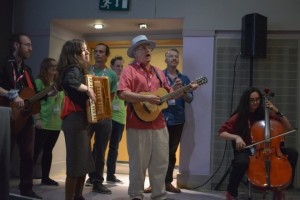 Once they got going we were hit with hard and terrifying truths from Tim Marks about obesity in children and the links to adult illnesses, which unnecessarily cost billions to put right. It’s the biggest health problem of the 21st century, he says.

It must be said that this session was preaching to the converted in me and it is a topic that literally makes me want to cry, however there are positive changes occurring with sugar tax and kids now getting their free school meals. And we have the animated characters of Shane the Chef who apparently oozes a whoosh of the Jamie Oliver charm and persona, created by Oliver Ellis for Sarah Muller at Channel 5, in the pipeline to help re-dress the balance. We had a special preview and soon you will be served a smorgasbord of interesting and fun characters.

There is also ‘Ollie The Boy Who Became What He Ate’, which is in production for series 2 having already produced 26 episodes for the lucky Canadians through CBC. It’s an offering from Michelle Melanson Cuperus’s Radical Sheep, a very clever animation story effectively taking the prevalent feature property of foods and allowing them to turn an ordinary boy into a super hero. CBC, who like to use a 360 degree approach, found the subject matter and content sat perfectly into this format. A match made in heaven. It looks and feels truly scrumptious. We should get it in. 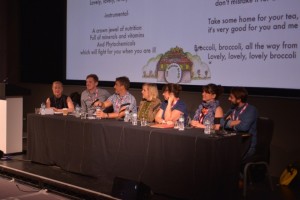 Ricky Boleto gave us insight to the CBBC output and their focus on mental and physical health as their big topics of late, revealing just how off the bar our older kids are about sugar content in foods. Clearly there is work to do. We saw him venture into his own body with Dr Radha and discover exactly what is happening with these sugars. I like that he feels we ought not to be shaming kids into what they don’t know about where food comes from particularly, but informing them in a positive way.

Unwittingly the presentation was a sandwich of hard facts either side of two fillings of tasty ideas. There will be more on the menu. What would you like to see? 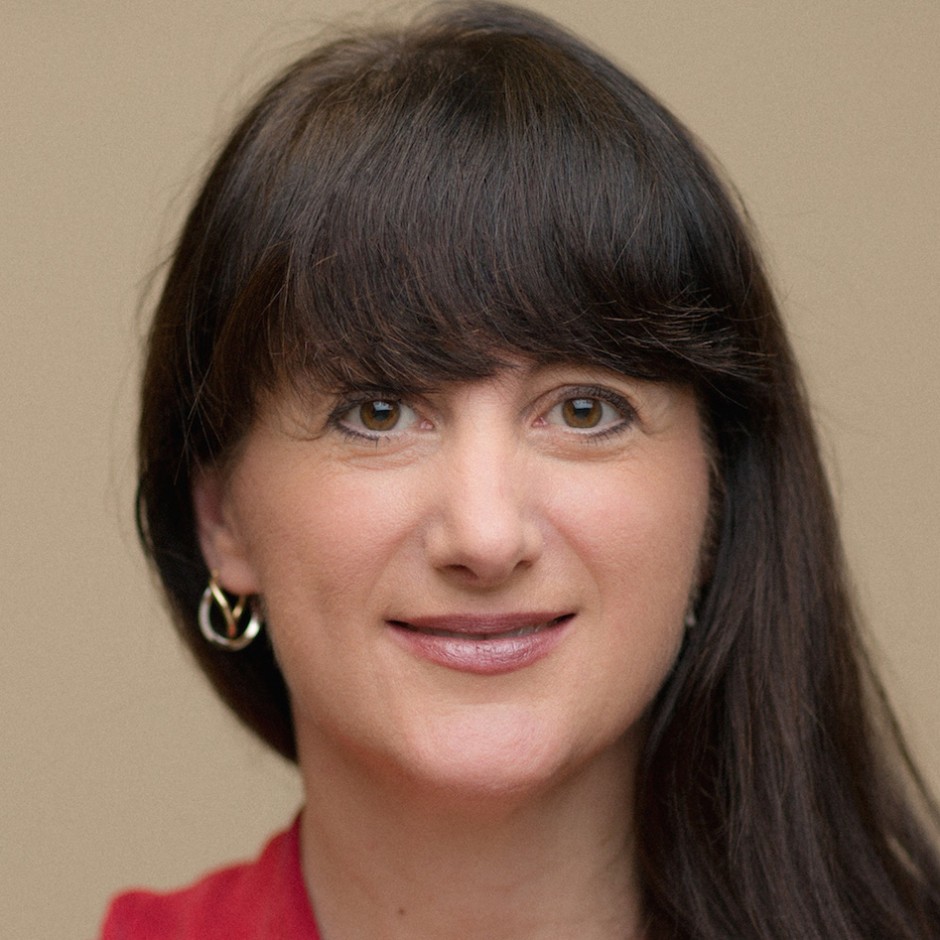 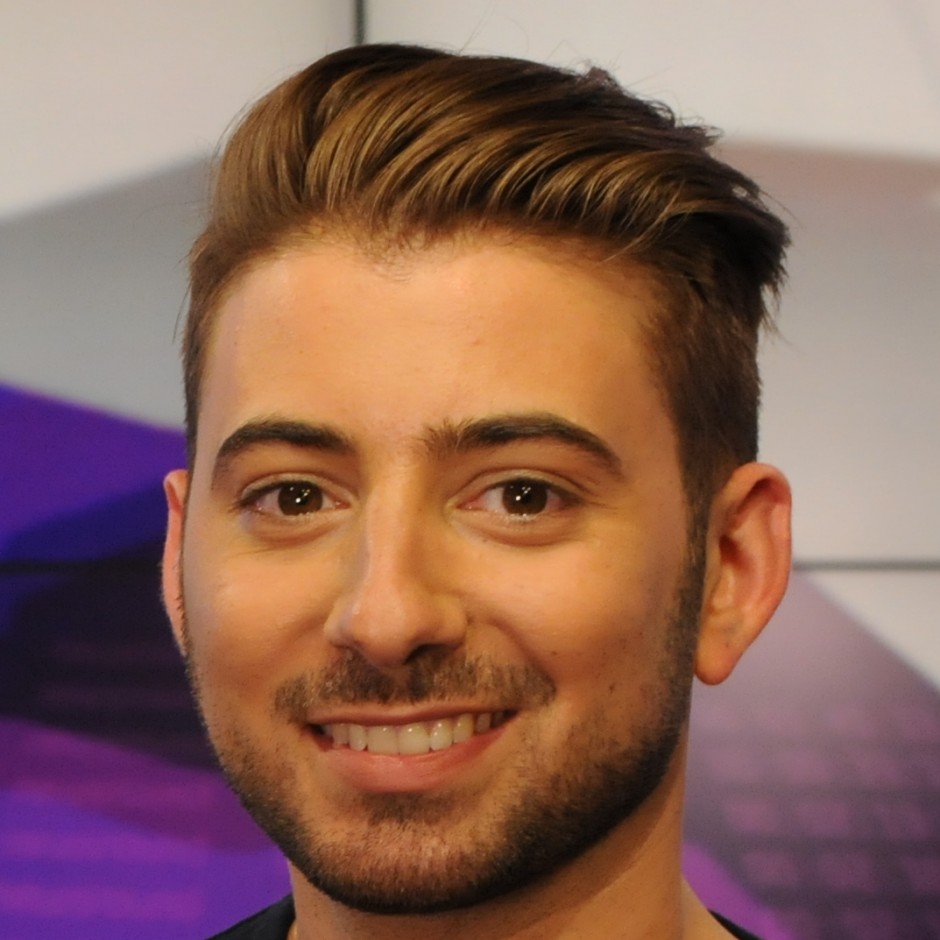 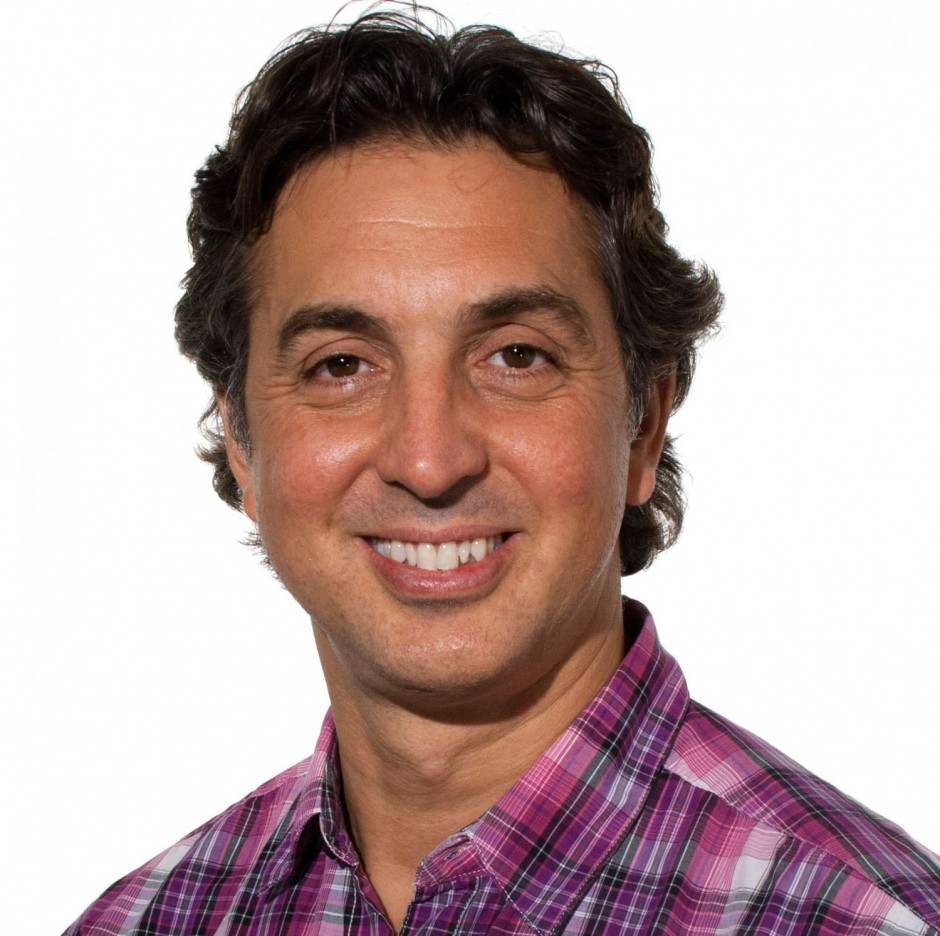 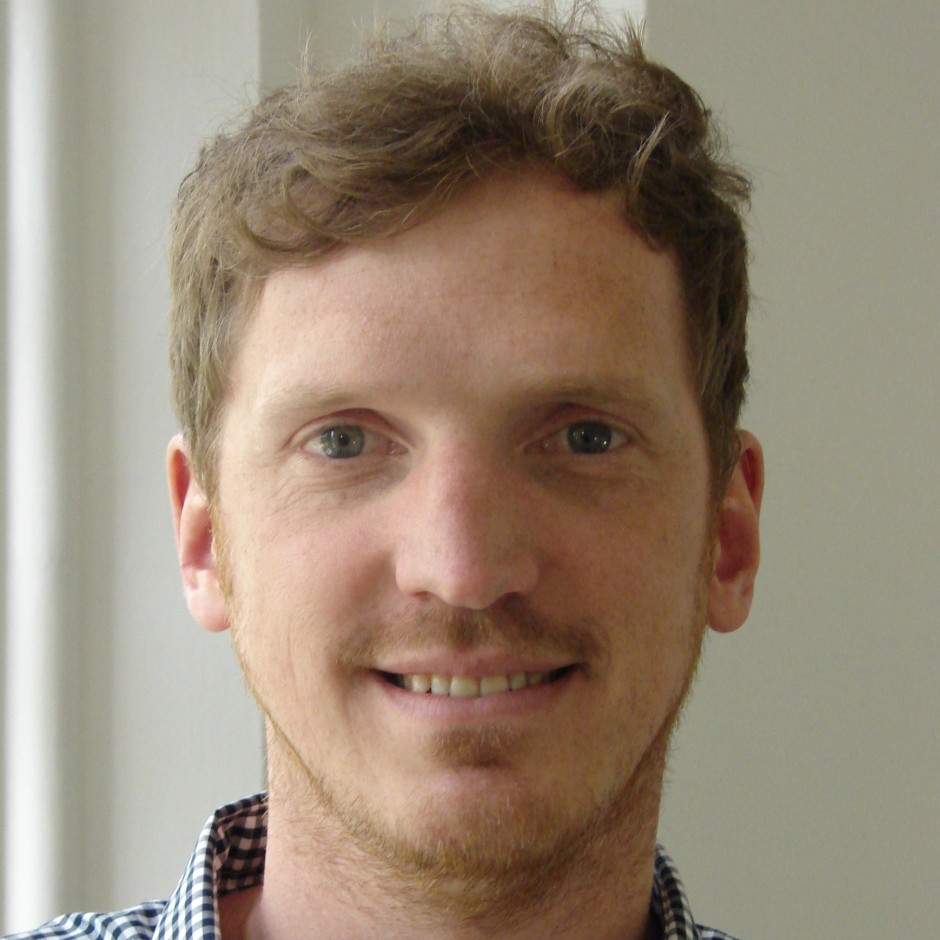 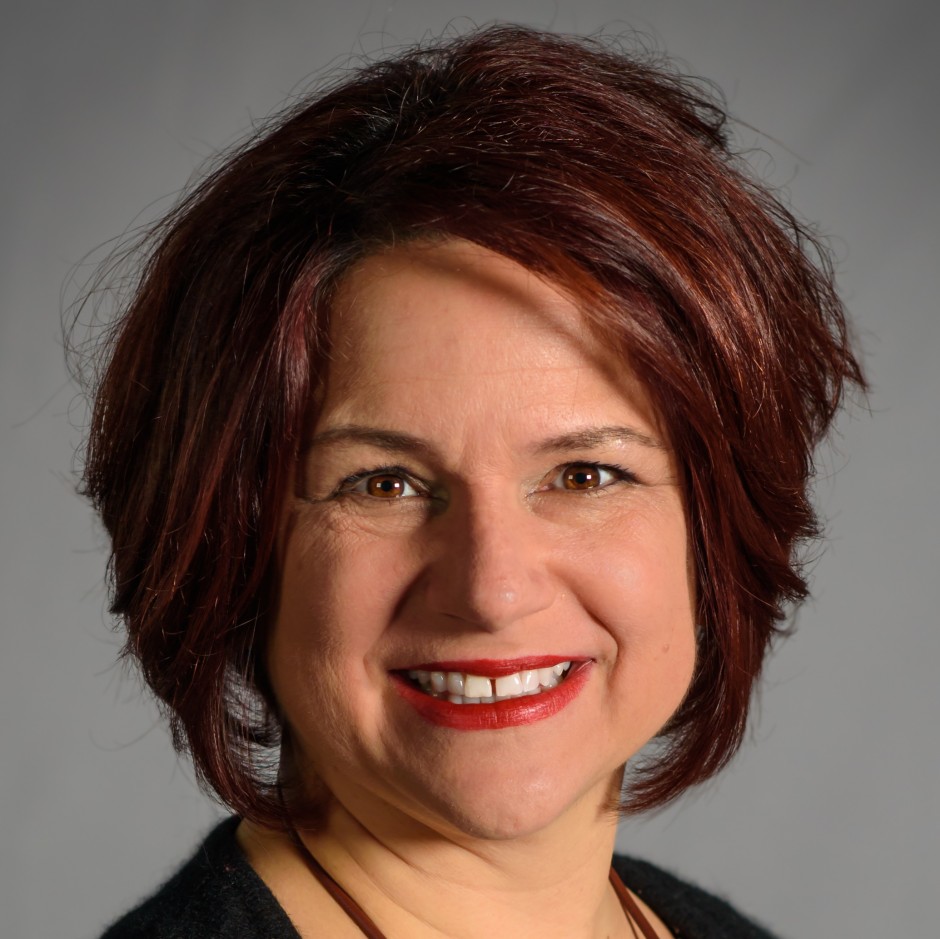 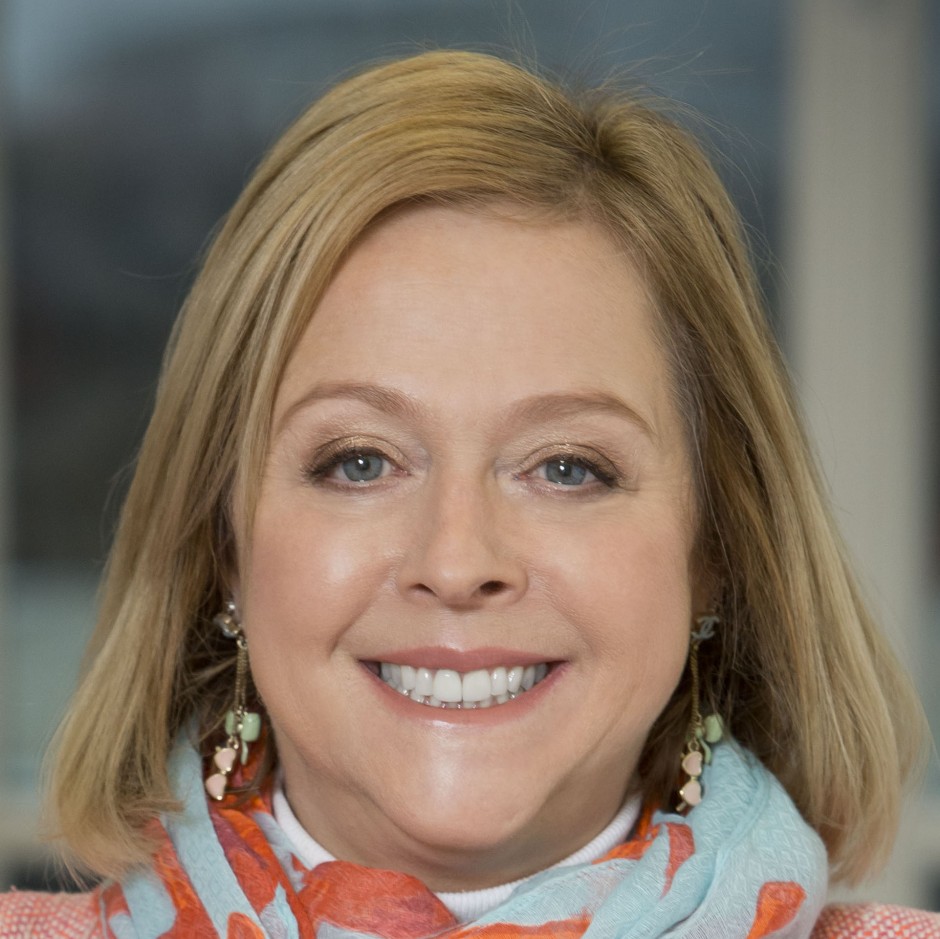 Sid Sloane is an actor, TV and radio presenter, and voiceover artist. He is best known as the energetic and international host of CBeebies, appearing in both the UK and Africa. He also stars in the children’s dressing up adventure series 'Let's Play'. As a voice artist Sid's silky tones can be… Read more