In the first of our new series, CMC guests, delegates and contributors introduce themselves and why they re coming to Sheffield in July. 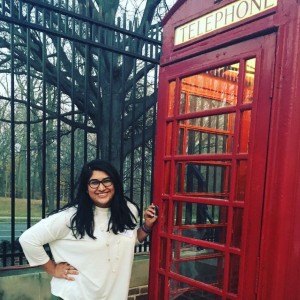 Some of you already know me, but my hope is that by the end of CMC 2017, every delegate will know my name.

My name is Monica Murthy, and I work for the UK’s Department for International Trade (DIT – formerly known as UKTI), out of the British Consulate-General in New York.

A little bit about me: I grew up in the US in the New York area, but eventually headed south to Washington DC where I worked for various non-profits and think tanks for 4 years before deciding to head back to New York. I’m a huge foodie, and am currently working my way through a list of the 200 best restaurants in NY. I also love to travel, having spent a few years abroad in Europe and Asia growing up. My next trip is actually happening the week after CMC, where I’ll be working my way through Wales and Scotland for 10 days! I speak 3 different languages, and I’m an avid painter. My favorite children’s TV show growing up was a little known series called ‘Rocketpower’, that was regrettably cancelled before it’s time.

Even though I’m not British, I love my job at the Consulate because it allows me to help small and medium sized businesses scale up and realize their full potential. Strictly speaking, my job is helping UK companies export to the US market, and eventually set up an office in New York. This is a free and confidential service we provide for all British companies. However, I usually find my role extends far beyond that description. Some of you will have attended DIT’s Trade Mission to Kidscreen (UK@Kidscreen run by CMC), occurring annually for the last 10 years, so you have an understanding of what DIT can do for you.

For all those new to DIT, let me explain. My team is here to support your expansion efforts in the US, and guide your through the process of developing clients in the US market and establishing operations in the US. We have teams in 9 cities in the US (New York, Boston, Chicago, DC, Atlanta, Miami, Houston, LA and San Francisco) who all work together to build a network to support British companies in the US.

Whether you are interested in meeting key executives at NY broadcasting companies, or are trying to establish a company in New York and need referrals to lawyers and accountants, or interested in joining the UK@Kidscreen delegation next year with a TAP grant to help cover the cost of Kidscreen registration, DIT can help.

Please reach out if you would like to set up a meeting with me to discuss how DIT can support you! I will also be at the DIT table during the CMC International Exchange on Tuesday, July 4th.

Looking forward to meeting you all!