Skip to content Skip to main navigation Skip to subnavigation Site map
Home » What did we do for Animal Fu?

What did we do for Animal Fu? 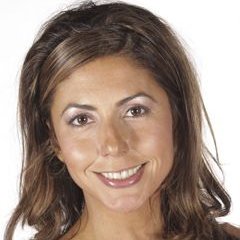 In another of our series “What has the CMC ever done for me?” Linda Hall creator of Kids’ fitness programme ‘Animal Fu’ explains how the CMC helped her get fit for purpose and active in the kids’ media space.

What has the CMC done for me?

As it happens, the CMC helped me to put into motion just about everything I could have dreamed of. Networking in an industry I knew very little about was pretty daunting until I saw the CMC website and who’d be attending. After that it was an easy decision to take the plunge.

It was clear the CMC is about uniting everyone involved in developing great content for kids. It was an ideal platform for networking with all fields in the children’s entertainment arena – in one place. Some of the panels were particularly relevant to what I was trying to achieve, so towards the end of the first day, I plucked up courage and spoke to one of the contributors, Adrian Wilkins, CEO at CHF Enterprises (CHF encompasses some of the key people in the old Cosgrove Hall of ‘Dangermouse’ and ‘Duckula’ fame).

I explained to Adrian the martial arts fitness programme for 3-7 year olds I had set up many years previously and had been running in various locations in Chiswick in London, and the vision I had to take it to another level to help educate and enthuse young people about fitness. Adrian was happy to introduce me to the Creative Commercial Committee (the decision-makers on funding in CHF).

If I hadn’t come to Sheffield I would never have had the opportunity to make this connection.

It turned out that CHF had developed the CHF Media Fund, incorporated specifically to raise finance into shows and other concepts which fall into the category of “Family Entertainment”. So they were able to vote on whether or not to help my fitness concept raise the necessary seed investment.  The presentation went well, the business plan stacked up and I passed with flying colours! Once funds started to be raised, we approached Fit For Sport who loved the idea so much they wrapped the programme and are also now helping with the UK launch of Animal Fu – all about fun, friendship and fitness!

After many months of developing products, totally re-branding the concept, creating a new website www.animalfu.com, and everything from merchandise to life-size mascots, we had a successful launch on 15  November at BAFTA in London.

…….another plan of action needed!

Read more “What did the CMNC ever do for me?” stories…