With the increased demand for content on increasingly smaller budgets, this session took everyone on a tour of Europe to find out where the money is and how to get your hands on it! 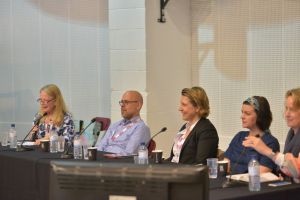 Despite political shifts on the horizon, “there is business still to be done”, and so the panel talked about their work, funding and potential changes to come.

Eryk Casemiro, Chief Creative Officer of Zodiak Kids Studios explained that they’re divided between London and Paris. With great subsidies for French content and a points system – for producers, artists and so on – that can greatly assist financing.  There can be a difference in the cultural emphasis within the storytelling, so Zodiak try to train writers to have a more universal approach. As they already treat their offices like two entities, it’s more the trademarking that could need to be revisited via Brexit and they may end up partnering with themselves in the future.

Katharina Pietzsch, Director of ZDFE.junior notes that as the commercial arm of the ZDF broadcaster in Germany, they work together intensely. However, they’re not bound together and ZDFE also works with international partners, and has particularly strong relationships in Australia, Ireland and the UK. There was a big buzz in Germany over Brexit and they were watching it closely.  The only immediate worry was associated with a project where they were being paid in dollars and paying out in pounds, but that has been a fleeting worry and it calmed down quickly.

Dog Ears, as MD Fionnuala Deane explains, is based in Northern Ireland, but utilises cross border partnerships with those  in the South. ‘Puffin Rock’ has been supported by industry funding bodies, working with Penguin Random House, in partnership with Nickelodeon and with Irish funding support. They are able to benefit from funding across borders, and ‘Game of Thrones’ has helped put Ireland on the map as a place to do business. Their model is really interesting – a few hours drive and you’re in a different country, working with two incentive systems. Brexit has left them particularly exposed, but as a company they’re determined to be creative, and take it slowly, staying calm and getting on with the work.

Genevieve Dexter, Founder and CEO of Serious Lunch, notes that when you look at a project you can see where it would be good to co-produce. To cover yourself, you need to know someone in every single country in the world!

She discussed one project they worked on, ‘Flix’, about the only dog in Cattown: they got in early with co-producers to jointly option it, sharing the cost and rights from the start. It’s all very clear and visible when you’re in it together.

Co-producing can open you up to more funding and support, but can also impact the style in which it’s made, so there are multiple things to consider in partnerships. Shortform on YouTube is an option to prove your concept has an audience before taking it to people or funding bodies. Anything you can do to seed your project is worth it. 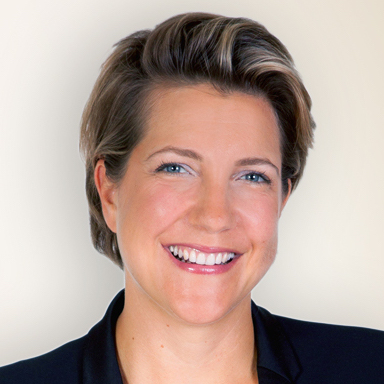