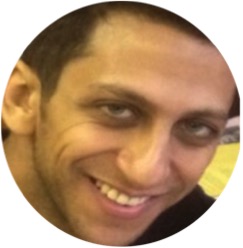 “What has the CMC ever done for… King Bee Animation?”
Martyn Niman from King Bee describes how pitching into CMC’s dragons’ den made all the difference for one of his projects.

Last year’s ‘Put Your Money Where Your Mouth Is‘ session was scary, but exciting.  The cinema was packed, as it’s the most popular session at CMC. Four “dragons” on stage have real money to invest, to take short options in the projects being pitched. There are only a few minutes to pitch and, in a new twist to the format, the dragons were cast in the role of ‘The Voice’ judges and required to turn their chairs to show interest… or not turn.

I pitched King Bee’s series IP based around our own band – ‘The Soul Jump Show’ and thankfully CBBC’s Sarah Muller and SuperAwesome’s Dylan Collins both turned!

We chose to have an exclusive conversation with SuperAwesome and, following a meeting with Dylan, they launched Soul Jump www.souljump.co.uk on SuperAwesome’s newly acquired social-media platform for kids ‘PopJam’.

(1 in 4 children in the UK use the app, to create art and engage with their favourite brands and YouTubers). 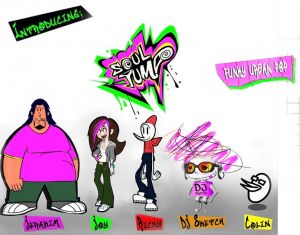 Several months later and ‘Soul Jump’ now has 19,000 followers on PopJam and it’s growing. We are building an audience by running competitions and making them laugh, and we can use it to discover which characters they like best. It’s an amazing way to interact with our audience and it helps us to promote the show to potential partners for the series and the band.

So I recommend IP creators who want to create conversations with kids in a moderated environment to check the platform out.

‘Put Your Money Where Your Mouth Is’ returns to CMC in July 2016. If you have an idea that you’re crazy about, but might itself be a little crazy – why not enter?   We’re all a little crazy to be in the kids’ business anyway – so take it to the next level, pitch in, and see where the dragons take you….

CMC Ebulletin Event Previews What has the CMC Ever Done for me?