Daring to be Different at CMC 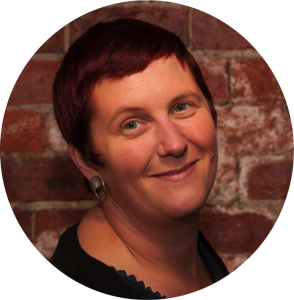 What a fantastic year for Fettle Animation.  They won a Japan Prize, the first ever Sandford St Martin’s Children’s Award, two Yorkshire RTS Awards, a BAFTA nomination, a British Animation Award nomination and they have a book coming out!  Continuing our series ‘What has the CMC Ever Done for me?” Fettle Producer, Kath Shackleton describes daring to be different with the help of CMC.

Guess where this all began? At the Children’s Media Conference.

Well, we didn’t make a show about unicorns, princesses, puppies or talking toys. Our subject was the Holocaust. What? Yes, quite a tricky one! It took a while for people to understand why and how we might have made animation on such a difficult subject. However, over time, we have connected with an audience worldwide who have been moved and inspired by what we have done, and we are so proud of the impact that we’ve had. It’s been shown at 10 international film and animation festivals, been broadcast on primetime BBC Four and in 10 countries to date. 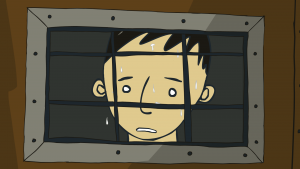 ‘Children of the Holocaust‘ is an animated series made in partnership with BBC Learning and based on interviews with World War Two Holocaust Survivors. It’s about their experiences of escaping the Nazis as children in occupied mainland Europe and how they came to live in England. We worked with wonderful people from the Holocaust Survivors Friendship Association, who do great work with young people, talking about why this should never happen again, challenging prejudice and discrimination.

Animation is a great way of dealing with subjects that might otherwise be difficult to show to a young audience. Animation can help to visualise emotions, thoughts and memories in ways that live action can struggle with. We were also able to show some of the difficult stuff in slightly more abstracted way, using surreal motifs taken from political cartoons and propaganda posters. We could also break this up with a little humour, which is important  to portray the humanity of the people we were working with.

The story is also pretty versatile! We’ve made a graphic novel based on the series with major publisher Franklin Watts, copies of which will be at the Conference if anyone would like to take a look. 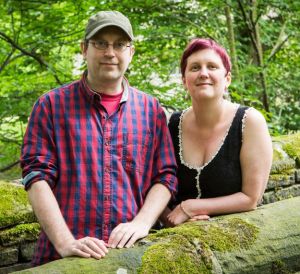 So back in the day, we’re a brand new company, trying to find our way in the children’s media world. My partner Zane Whittingham is an experienced animator (26 years), but of the old school kind that works at his desk with his head down, rather than this modern generation of animator/self publicist. He found he wanted to make his own work, rather than other people’s, and the only way to do this was to for us to set up on our own. At the time I  was a local government arts development officer, and thought “How hard can it be?” I soon found out that there’s so much to learn. I’ve often wished there was a form you could fill out, or a formula that you should follow, but sadly no, you have to constantly learn, re-model and re-invent yourself as the media world is also changing fast around you.

First of all there’s all the running the company stuff, which (as a creative) I found out as I needed to, making a few slightly painful (but not fatal) mistakes on the way – but you survive and learn and get stronger. Then there’s learning how the children’s media world works. Broadcast, VOD, internet, YouTube, financing, audiences. Then who’s who, who commissions what, how other people get things made. How to pitch, writing your series bible, how to finance things. Everybody does things differently. But wow! The Children’s Media Conference has been a great place to learn.

It’s a small conference, so reasonably easy to get to speak to people. There aren’t hierarchies like there are in other places. You can chat to a commissioner from a major TV network in the bar. People are friendly and helpful. You can ask questions, lots of questions. Oh and socialise a lot too!

Particularly useful for me was a ‘learning to pitch’ session, where we were given a couple of hours to work on a pitch, and then meet a panel of people to “practise” on, which included BBC, Disney and CITV – gulp! It was here that I first met the wonderful Katy Jones * from BBC Learning who ultimately commissioned our first series. Later in the conference at the one-to-one meetings with commissioners, I showed her some previous work we’d done on the Holocaust theme, and she said she was interested in a series – “send more information”. It was a couple of years from that point to it finally being made, but we got there.

It was quite tough in the interim, we had lots of false starts, and projects we thought would come off and didn’t. But the conference is great to meet others like yourself. YOU ARE NOT ALONE – this is a competitive and sometimes difficult business, so you need friends, reassurance and constant belief in yourself. The CMC is a great place to find support and keep that belief burning bright!

Now I’m pitching for a more conventional kids’ TV series, and CMC has taken me on the UKTI delegation to Miami to meet international commissioners at Kidscreen, and to the London Book Fair for a dazzling array of meetings with top people. It’s a long way to go yet before we’re in production, but step by step we’re getting there. Meanwhile we’re getting a steady stream of service work and smaller projects, which have been increased by our company’s improved profile.

The conference has taught me to reach for the stars, to dream big, to dare to be different and to believe that success can come from anywhere – so why not YOU?

See you in Sheffield!!!

*I’d  like to pay tribute to Katy Jones who died suddenly and unexpectedly last year. She is much missed.

CMC Ebulletin Event Previews General Guest Blogs What has the CMC Ever Done for me?