From Hamburg to Hollywood 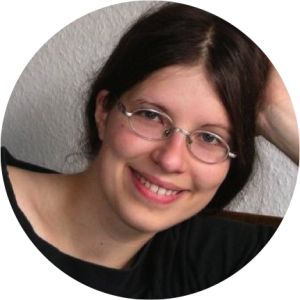 In the third of our series “What has the CMC ever done for me?” author and screenwriter Esther Kaufmann describes her CMC journey – and just how far it has taken her.

When I first went to CMC two years ago, I had just graduated from the German masterclass Academy for Children’s Media, encouraged by one of the Heads of Studies to think big and show the world my animation series concept, as well as myself as a writer. The same Head of Studies then told us about a conference he ran in the UK that we could come to. The suggestion struck a chord. I had been working as a freelance writer in Germany for several years, but maybe the CMC was the place to take my first steps on the international stage. Looking back, I underestimated what a unique experience this was going to be.

From the first moments in Sheffield I realised how much I would enjoy working on English-speaking projects and that it’s possible to work internationally even when English isn’t your first language.

The busy and friendly conference atmosphere totally fitted my personality. What a great chance it was to be able to just take a deep breath and boldly approach all those interesting, important people running around at CMC – who turned out to be extremely welcoming and surprisingly willling to hear about my project concept.

So some of the important things I took away with me from that first CMC were boosted self-confidence, great advice, a ton of inspiration and the urge to come back. Without even realising, I buildt a network of great people I connected with and always look forward to seeing again.

The tangible outcome is the long-term effect CMC has had on my writing business. I have three examples of direct positive results that have helped me earn my living as a writer in children’s animation:

So never underestimate the CMC. It could easily be the place you meet people you might be working with for years or who might push your career to unexpected dimensions – a scope out of reach without a little town called Sheffield and the tireless crew from CMC. Feel free to have a chat with me at this year’s CMC – oh yes I’ll be back.  Who knows what might happen? I might even introduce you to that Academy Head of Studies – if he isn’t too busy worrying about the air conditioning and making sure there are enough pizza to go around…

CMC Ebulletin Event Previews General Guest Blogs What has the CMC Ever Done for me?