The old funding model is alive and well. 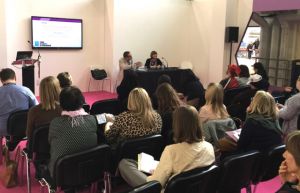 Almost as soon as one speaker at CMC’s public sessions at this year’s London Book Fair had announced that the funding model for children’s shows was dead, along came another  who proved that the old funding model is alive and well. It’s a complicated worldwide co-production for an £11 million animated series in glorious Technicolor.

The world famous Technicolor is now a French-owned company that owns London’s Moving Picture Company and has animation facilities in Bangalore and through Alison Warner, VP of IP Sales, Acquisitions and Co-Productions, and others in the organisation, seeks out IP and takes it to the broadcast market.

Alison was shown the work of an artist who worked at an animation studio. James Brouwer had illustrated two graphic novels for an Australian publisher. They were written by Tom Taylor. To Alison, the story of a family of underwater explorers, along with its strong graphic style looked perfect for an animation series. She optioned the property but it was going to have to be expensive and co-producers had to be found.

The IP was based on the two books, but this gave Technicolor very little source material. Tom and James were engaged to expand the concept and a short taster was produced in the Techicolor Bangalore studio.

As it was an Australian concept, ABC was approached. They put in some development finance and brought in Sydney production company, A Stark. Nerd Corps Entertainment in Canada followed, and after Alison had brought in presales from territories all over the world, Technicolor came up with the last 20% needed to green light ‘The Deep’. Bizarrely for the company, their Bangalore studio did not end up animating the show as it has now become an Australian/Canadian co-production.

The series debuted successfully on CBBC in March.