Greg Childs, Editorial Director of the CMC, introduced Oli Hyatt as a great supporter of the Animation Exchange, the CMC and of course the UK animation sector as he and the organisation created for that purpose – Animation UK – had been the driving force behind the successful campaign for a tax incentive for animation production. 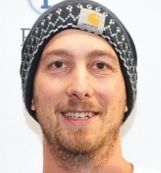 It’s nine years since Oli started talking to the then Secretary of State at DCMS, Jeremy Hunt, about Tax breaks for animation, and eight years since Animation UK began.  He is enormously proud of how far this has taken the animation industry forward.  It’s estimated that there is 300% more animation in London alone, since the tax break started.

However, Oli said that now it’s time to move the agenda on if the UK animation industry is to make more progress.  If it is to achieve full recognition, status and investment Animation UK needs to become a formal trade body.

Everything has happened using the goodwill of enthusiastic supporters so far, but the UK animation sector deserves better.  UKIE has done a great job for the games industry, we need a body like that to represent the animation industry going forward.

Oli has a full time job and, as he put it, a “baby to cuddle”. He felt he needed to step back from the formal work for Animation UK.  Blue Zoo have supported Oli’s time and international travel, but resources will be needed for the new organisation  to take professional steps.

He said what;s needed is a proper trade body with membership, a full time member of staff and a clear remit to drive investment, business support, IP development, advocating in government and education, apprenticeships and training.

There are no measures in place currently to help the government measure the value of the animation industry – animation activity is randomly allocated around the creative industries.  There’s an issue around SIC (standard industry classification) and SOC (standard occupational classification) codes.  These are changed every seven years.  Currently workers in animation area allocated to a variety of other sectors according to the nationally important codes. So be supporting re-clsification of roles, Animation UK could  make it easier to measure the industry’s  worth and garner understanding, support and investment.

The only measure at the moment of our worth is the value in the tax credit, but we know that there is significantly more value than the government see right now.

NextGen and Creative Skillset have had reductions in funding.  There is now a focus on apprenticeships which could really help animation. But this needs work behind the scenes to ensure there are apprenticeships in the animation sector.

The money for cultural animation from Channel 4 and the Screen Agencies was significant in the past.  Now it’s lost. There’s an advocacy job to do here, for example.

Several larger companies have pledged to support Animation UK as a new trade body for animation.  Oli asked the Conference for ideas and involvement to take this to the next stage of development.