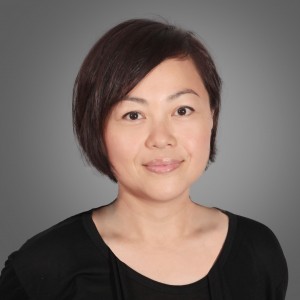 Alex Chien is a consultant based in Beijing- her clients included Disney China, Shanghai Media Group, CCTV Animation, Beijing Design Week, the Swire Group, the Ullens Centre for Contemporary Arts to name a few. Before setting up her own consultancy, she was General Manager/ Head of Brand / Creative & Content Director with Nickelodeon from 2004-2012, posted in Shanghai, Singapore, London and Beijing. Prior to that, she worked as executive producer and producer/director at Disney and MTV in Asia.

Alex came to the CMC Animation Exchange in London with Grace Tian and Ma Lin of Magic Mall Entertainment from Beijing with the aim of developing UK/China co-production opportunities.

This is their perspective on the CMC Animation Exchange and its sister-event the British Animation Awards – on March 10 2016‘The conference sessions on  10 March were on a mini-scale compared to what I was introduced to at CMC in Sheffield last summer, but what a tightly packed schedule and informative line-up!

While the tax break, the 51%, 25% of the 80%, the EIS/SEIS, the Cultural Test and etc. were ringing in my ears, I was left impressed that there’s no shortage of jargon and abbreviations all sounding to me like Chinese probably sounds to the rest of the audience. 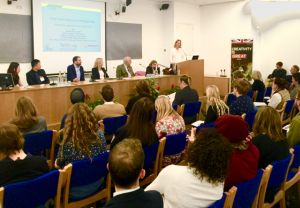 On the subject of China and the current on-going interest in the country, I believe the majority of CMC delegates were inspired by Genevieve Dexter’s panel: International Perspectives.  I was certainly excited to be amongst the enthusiastic audience, especially when I got to hear the positivity twice – first in Mandarin and then translated into English. It was doubly exhilarating.

While the press has been posting eulogies of China’s GDP growth plummeted to a shocking 7% in 2015, the market still oozes charm: the sheer number of people, the world’s second largest box office, and (cue the halo SFX) the appetite and determination to produce quality entertainment content to compliment and realise the China Dream.

I hate to interrupt the build up to a natural climax here.  But let’s get some perspective.

While internet/VOD/OTT can be an option if you don’t know whose door to knock on to get your shows out there, the TV screen remains the portal of choice. You can get the shows on the equivalent of Google, Netflix, Amazon or YouTube, but the revenue model and scale may not bear much similarity.  While co-production for films and TV are now becoming clearly regulated, it’s not yet the case when it comes to TV animation – perhaps something to add to the agenda when Animation UK chats to Parliament over tea and biscuits?

When done with the Conference content and one-to-one meetings – it was  on to the BAAs at the BFI, where we were directed to NFT1. But what really left us buzzing was the amazing showcase of UK talent, the humour on screen and on stage, and all the nice folks we met in our short trip. The only thing we failed to cope with was the deafening after-party at the Riverfront.

Xie-Xie. Zai-Jian. Try to turn those into acronyms. You may experience out-of-body linguistic joy…

Full blog reports on each session at the CMC Animation Exchange 2016 will be posted soon.

Backed by 20 years of experience in tv & event production with individuals, independent creative power-houses and highly-regarded media corporations, Alex is known for bringing together talent, an entrepreneurial spirit and proven managerial skills to deliver exciting and innovative projects ranging from factual, youth culture to kids tv. She has… Read more