Justine Bannister, Founder of JUST B. is inviting animation practitioner to Shanghai… 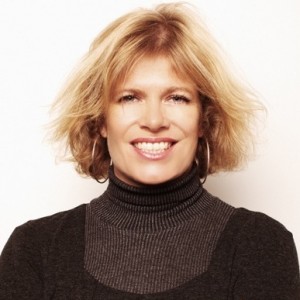 Justine was the Producer of the well-received ‘Bible Studies’ workshop at the CMC in 2015, and is already working on Part II – ‘The New Testament’ for this year’s conference. For the past few years, she has also been lending a helping hand to the fast-growing International Exchange, providing connections to her network of contacts worldwide.

JUST B is Justine’s own ‘Creative Facilitation’ consultancy that provides Producers, Distributors, Festivals and Media Conglomerates with tailor-made services that are drawn from 20 years of eclectic experience in the children’s entertainment business – they include creative, commercial and marketing strategy, financing, funding, project sourcing, project evaluation, communication, press and brand building.

JUST B services are adapted to the needs of each client. The Consultancy works hand-in-hand with clients – nurturing a project from its very inception right through development to production, delivery, commercialization and building the brand.

Justine also works on project evaluations for funding organizations and sits on several international Animation Festival Juries, such as TIFF Toronto in 2015 and Animafest in Zagreb, June 2016.

JUST B client, The Shanghai TV & Film Festival is held in June 2016

It’s the leading international TV competition in Asia and awards prizes to best Animation and best Storytelling. Hundreds of entries are received from over 50 territories worldwide each year and the winners selected by an internationally renowned panel of judges.

So how do I win a Magnolia Award?

The only Chinese Festival approved by the International Federation of Film Producers (FIAPF). With over 2000 films entered from over 100 countries entered in 2015, SIFF has already become an important event for filmmakers worldwide.

So how do I win a Golden Goblet?

For more information and details please contact Justine Bannister at JUST B. Bannister@gmail.com

And if  you’re coming to the Berlinale 2016, here’s an invitation to the Shanghai Film Festival cocktail party. Please RSVP if you plan to attend. 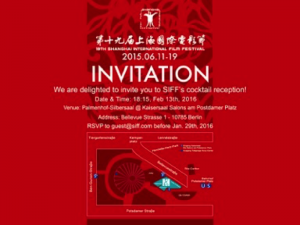