Manimation ‘15 Report – Beyond Flesh and Blood

Pixelbomb is an indie games developer based in Manchester, founded in 2011 by a collection of developers with the aim of ‘making awesome games’. The company’s aim is also to challenge the perception of indie games.

‘Beyond Flesh and Blood’ takes place in 24 hours, with the main character, Ethan, sent back to Earth on patrol from the space-station base where most of mankind is now jettisoned. When he arrives in a burning, half-destroyed and wildly overgrown Manchester, things go badly wrong, with the hero having to battle a violent mutant alien life-form, among other perilous challenges.

The developers talked about how they opted to use Manchester (albeit a dystopian, crumbling, war-ravaged version of the city) as the game’s main location for two reasons:

Video clips of the game were shown, with various Manchester locations clearly visible: a crumbling Hilton, an embattled Deansgate – and, appropriately, a constant stream of rain, familiarly comforting.

The game is due for release on major platforms in the second quarter of 2016. 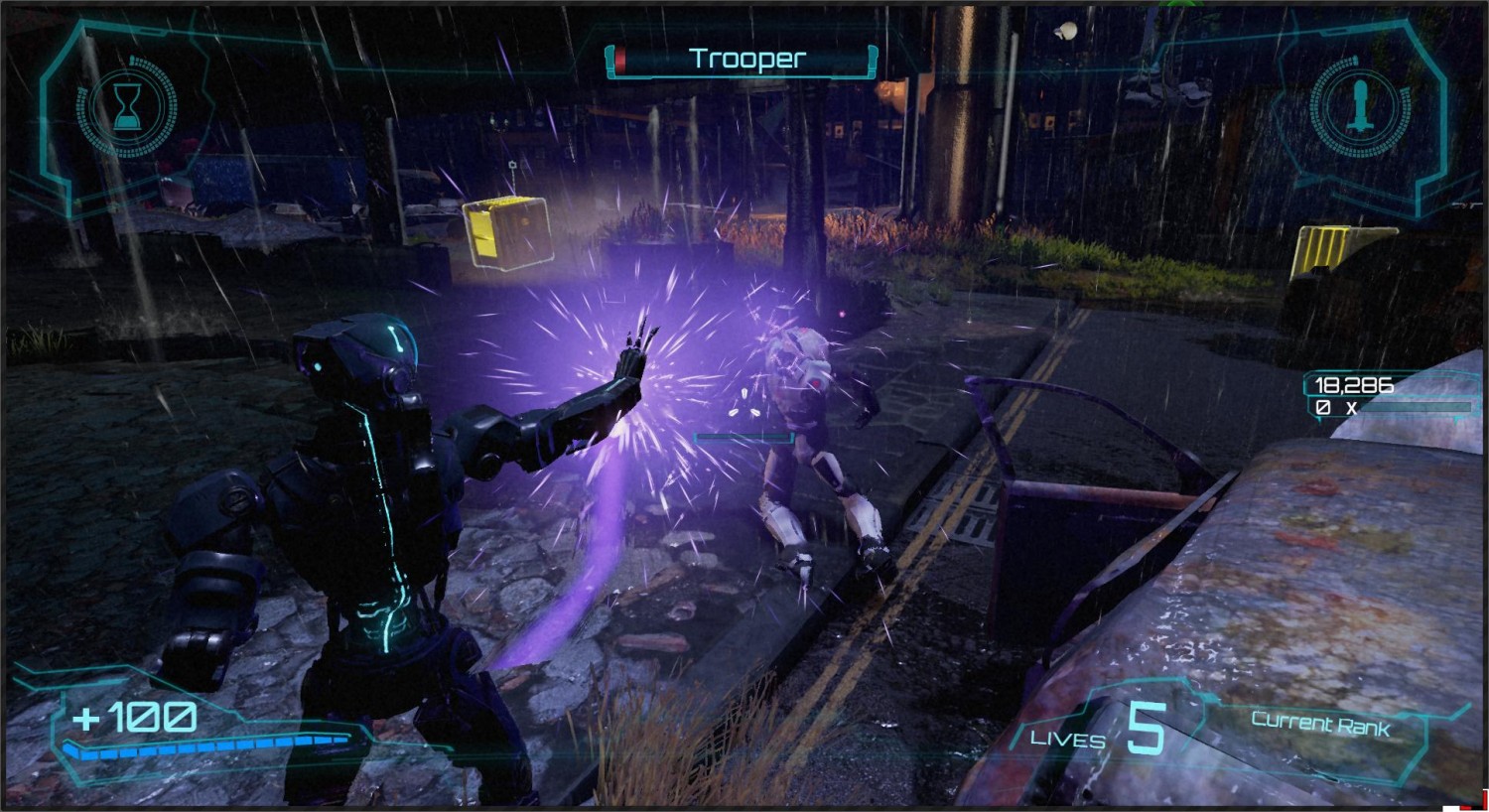