Cubic Motion, based in Manchester, worked with Cloud Imperium Games and 3lateral to create the Admiral Bishop character, played by Gary Oldman, for the forthcoming Star Citizen/Squadron 42 game.

David Barton, producer for Cubic Motion, guided delegates through the intricate, laborious and highly technical process of turning an actor’s performance into an animated game character.

Cubic Motion are one of a number of north-west based outfits currently involved in production on a game called ‘Star Citizen’, which is due for release in 2016 and features actors including Gillian Anderson, Mark Hamill, Mark Strong, and Gary Oldman.

Cubic’s area of expertise is facial animation, and Barton used video and game footage to explain some of the process of capturing a speech by Oldman and turning it into game animation.

They animation is built around the creation of a digital puppet, and Barton said there are about 70 core expressions and muscle pulls that the face can do (including squints, eyebrow raises and smiles), which then have to be combined.

The process begins with the actor sitting in a scanning booth, surrounded by up to 80 cameras which capture the face’s movement and geometry. It can be a tough process for the actor, who has to spend up to two hours in front of the cameras being asked to pull some odd expressions.

As well as recording the basic movements, the challenge is also to capture subtleties including crow lines around the eyes, nose wrinkles and reddening of the skin.

These digital scans of the facial expressions have to go through a complex process of being transposed on to a ‘base head’.

Cubic Motion then works in further details in its analysis and solving of the performance, which in this case involved mapping Oldman’s face with hundreds of tracking points, measuring the distance between teeth when the mouth moves, and how the thickness of the lips changes, and even tracking slight muscular eye twitches to add in an extra level of detail.

The process is highly technical, but the result is an extremely realistic graphic rendering of the real Oldman’s performance. 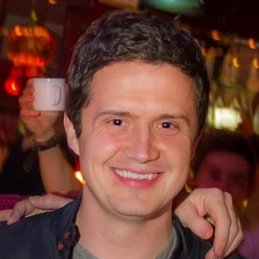