CMF Debate: Staring Into the Abyss

Jayne Kirkham previews the CMF debate on 3 September – which follows on from the 2015 CMC Opening Session: Game Change: 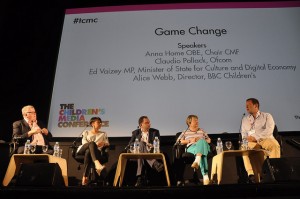 As Steve Hewlett took to the stage of Showroom Cinema 4 to quiz our four illustrious panellists on behalf of CMC delegates who’d dutifully sent in their questions for our ‘Question Time’ format, it already felt as though “plates were shifting” in the corridors of power – and I don’t mean the crockery.

The phrase “seismic shift” (in the way kids view and the way content is served) came up many times at CMC, not least in the ‘Game Change’ Question Time panel. It’s something the industry is acutely aware of. But as CMC got under way, it felt like the regulators and policy makers were also catching up, and in some cases moving fast in new directions.

On the morning of the Game Change session (2 July) Ofcom released their final report on the future of public service broadcasting. It reiterated the statistics which ultimately prove “market failure” in kids’ TV commissioning, with the BBC as the only player in town. Yet Ofcom have come up with no plausible alternative – even allowing Channel 4 off the hook from their commitment to the over 10’s audience.

Just a couple of weeks later the government issued a Green Paper – their consultative document on the future of the BBC: its purposes, its scope and scale, its funding and its governance. As we’ve come to expect in these documents, there is very little in it that specifically refers to kids. But what is there – in one short paragraph – could have far-reaching implications for kids’ content makers and distributors in the UK. 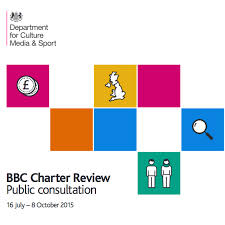 The paragraph deals with “Contestable Funding”, an idea that a fund be created to incentivise the commercial PSBs (ITV, Channel 4 and FIVE) to create more original, UK-centric kids’ content, and which might be used to stimulate more UK production at the cable and satellite channels too. Basically – an alternative to the BBC, providing healthy competition and the plurality that we currently lack, since Auntie holds all the cards in just about the only commissioning game in town.

As a Board member of the Children’s Media Foundation I should declare an interest now and say this contestable funding idea was floated by the CMF some years ago and we are still pursuing it as a policy option to redress continuing market failure. However, in the Green Paper, the idea of Contestable Funding seems to have become confused with the idea of creating a fund partially or wholly sourced from the Licence Fee. Elsewhere in the Green Paper there are references to “protecting” certain genres at the BBC. The Green Paper accepts there is market failure in children’s so it could become one of those protected genres, eligible for the Contestable Fund. A good idea in principle but it is unclear what this actually means in funding terms, and what this means for the BBC long term.

On the one hand this looks like real progress. At last the kids’ audience and the lack of commissioning are being noticed. There are some who see this as a real opportunity for an injection of cash into the children’s sector. But on the other hand, there are others who see this as robbing Peter to pay Paul if it involves top-slicing the BBC’s Licence Fee income to pass it on to other content providers. And for some that would be a red-line issue. They believe the Government telling the BBC in some detail how to spend its money and what its editorial priorities should be, will open the floodgates to further interference and loss of independence.

All of this is going to be discussed at the next Children’s Media Foundation Evening Event on September 3rd in London. Having sponsored the CMC Opening session in July, the CMF is now keeping up the momentum, working with the Voice of the Listener and Viewer and Westminster University to stage the opening salvo of the Charter Review debate on Sept 3rd at Westminster University Marylebone Rd campus, from 6 – 8 pm.

We’re calling it “Staring Into the Abyss” and all the details are here:

Make no mistake – this is something we all need to know about, care about and act upon. If these proposals become policy it’s going to affect the kids’ media sector widely and potentially the BBC dramatically. More seismic shifting!

Come and join the discussion on the 3rd September – or at least be sure to look at the Green Paper and make your views known in the consultation.

Jayne is a freelance writer and script consultant currently penning a feature length adaptation of Marina Lewycka’s novel ‘Two Caravans’ for Blue Zoo animation and ‘Little Roy’ for Jam Media/CBeebies/CBBC. She is a member of the Children’s Media Foundation Board and, on its behalf, volunteers as Clerk to the All… Read more